Gray Wolf Population on the Rise in the Midwest

A recent report shows gray wolf numbers have increased in the western Great Lakes region, despite more opportunities to hunt... 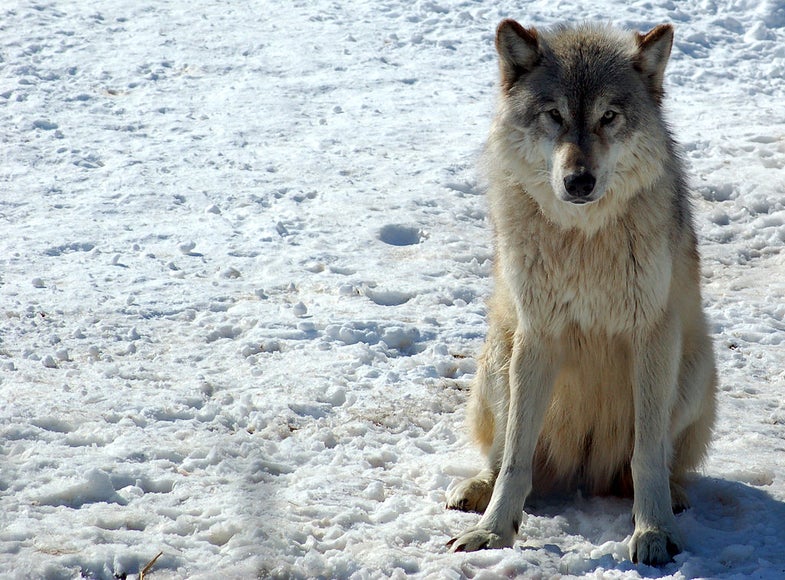 A recent report shows gray wolf numbers have increased in the western Great Lakes region, despite more opportunities to hunt the animals in the past two years. Meanwhile, controversy over wolf hunting rages on in Michigan in advance of a vote to open a new season.

The U.S. Fish & Wildlife Service reported that the number of wolves living within Minnesota, Wisconsin, and Michigan has grown to more than 3,700 within the past year, according to a Minneapolis CBS affiliate. More than 2,400 of those animals are in Minnesota, where 500 additional licenses will be allowed in this year’s two wolf seasons, according to the Mesabi Daily News.

The Wisconsin DNR announced Monday that it is monitoring their wolf season closely, after hunters quickly exceeded wolf quotas in two zones. Four zones have been closed, but two will remain open to wolf hunters from now until February 28, 2015, or until the statewide limit of 150 animals is reached, according to a story by the Associated Press.

In Michigan, wolf advocates are happy to see that recovery efforts have been successful since the species disappeared from the region by 1960. Last spring, 636 wolves were counted in the U.P., but opponents of a new wolf season there have recently poured money into anti-hunting ads. The leader of a group called Keep Michigan Wolves Protected told the Detroit Free Press that the Natural Resources Commission, which is advised by the Michigan DNR and charged with regulating the season, is “totally beholden to trophy hunters and their lobbying groups.” Voters will get a chance to decide whether Michigan hunters will be permitted to target the gray wolf on November 4.