Dylan Marks via Facebook A kayaker fishing for yellowtail two miles off Malibu’s famous Zuma Beach was bitten in the... 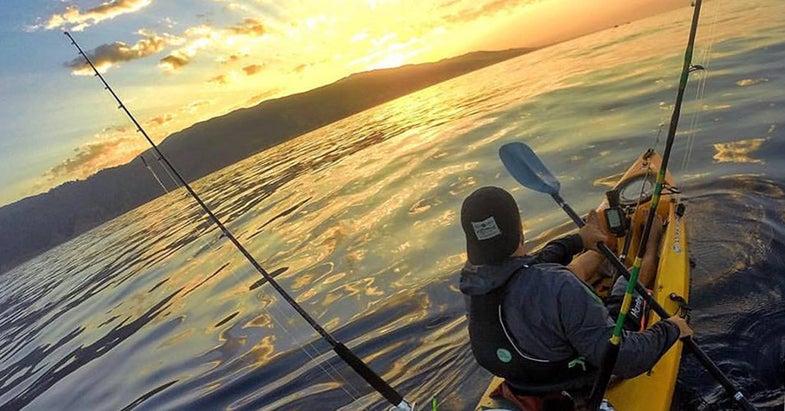 A kayaker fishing for yellowtail two miles off Malibu’s famous Zuma Beach was bitten in the ankle by a 10-foot-long hammerhead shark Saturday. As NBC Los Angeles reports, the victim, 29-year old Dylan Marks, was airlifted to Los Robles Hospital, in Thousand Oaks, for surgery. He is expected to fully recover.

Kyle Hudgins, Marks’s fishing partner, told NBC: “We saw this fin and then it dove. We didn’t see it for like five minutes and then all of a sudden he had his foot over the side, and he just got bit. And then he put his foot up on the kayak, and he said, ‘Oh, dude. I just got bit!'”

Rescuers responded to Hudgins’s 911 call and brought the pair to shore. Hudgins told reporters that he and Marks weren’t fishing with bait or doing anything that attracted the shark. “The shark was just minding his business and then, I guess, he got hungry last second,” he said.

Marks describes himself as an avid catch-and-release shark fisherman, and has posted several pictures of himself to social media with various subspecies he’s landed. Nevertheless, he made a careless mistake Saturday, according to Chris Lowe, director of the Cal State Long Beach Shark Lab. “You don’t want to have any body parts in the water when you’re doing that, that’s not a wise thing to do,” he said, in a phone interview.

According to Lowe, hammerhead numbers are up off the Southern California coast due to this year’s El Nino weather pattern, increasing the chances that anglers will encounter them. “They are curious and will come steal fish off of hooks,” Lowe said.

THANK YOU! Thank you to every single one of you for all the love and support. Thank you for every call, text, hug, the words of encouragement, and the well wishes. From the first second things went south, you all rallied around me. Kyle helped cut my shirt off and tourniquet my foot and got on the horn to get help to the beach. My new friends Patrick, Jesse, and Amber on the Starrship pulled me aboard and motored me to the outside of the surf where Brent with the state lifeguards paddled with me to the beach. I was greeted by the fire department who brought me to the ambulance and eventually the Ventura County Sheriff Air Unit– thanks for the reassurance and the heads up.