Roadkill is worth something in Alaska. Dinner. And the goods are getting stolen. According to Associated Press, thieves are lifting... 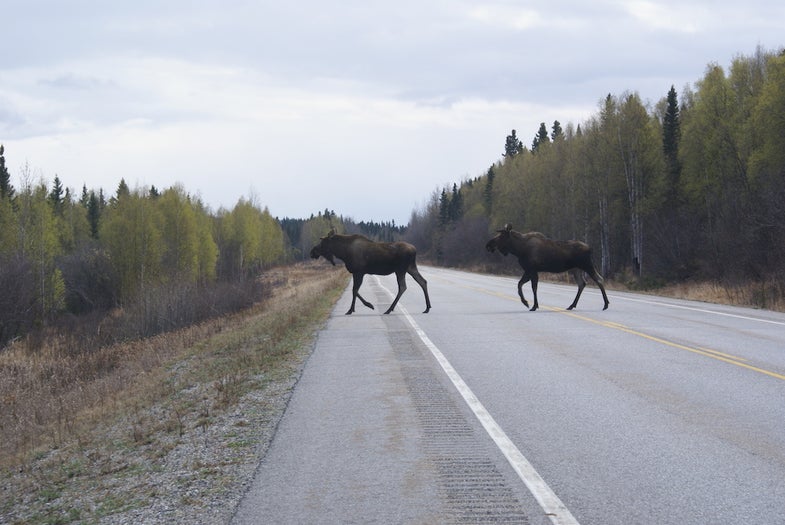 Roadkill is worth something in Alaska. Dinner. And the goods are getting stolen.

According to Associated Press, thieves are lifting dead moose off the road before Alaska can claim the carcasses.

Moose killed by cars are state property in Alaska, and a program run by state troopers routinely salvages usable roadkill as meat for the needy.

“Sometimes there will be 10 people waiting for this moose to be delivered,” says Don Dyer, Alaska Moose Federation director. “Then we have to call them up and say, ‘Sorry, this moose has been stolen.’”

At least two dead moose between Anchorage and Denali National Park disappeared before the federation picked them up this summer. That’s more than 1,000 pounds of meat illegally stashed somewhere.

In the last year, the federation salvaged 500 moose. The formal retrieval program system started in 2012. It allows federation members to pick up a dead moose and move it from the road to a safer area for butchering by people signed up to receive the meat.

“At 3 o’clock in the morning, at 30 below in February, you might have a group of grandmothers out there cutting up a moose on the side of the road in a snow storm with kitchen knives,” Dyer says. “The officer would have to sit there for an hour or two hours while they’re cutting up this moose, protecting them from traffic.”

Most roadkill is safely salvageable in Alaska due to the colder climate keeping meat fresh for longer.