Photo courtesy of USFWS Mountain-Prairie/Flickr In a deal nearly a year in the making, the nation’s oldest prairie grouse conservation... 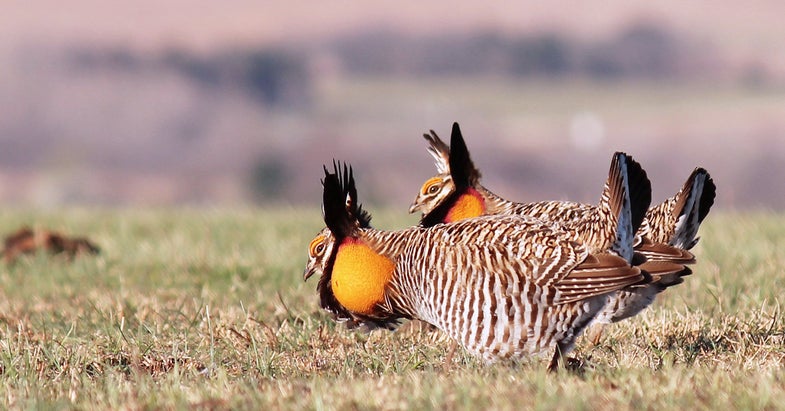 In a deal nearly a year in the making, the nation’s oldest prairie grouse conservation group, the Society of Tympanuchus Cupido Pinnatus (STCP), will dissolve and transfer its assets to the George Miksch Sutton Avian Research Center, in Bartlesville, Oklahoma.

“It’s a matter of consolidating our efforts,” says Greg Septon, STCP’s executive director. “Our organizations share a similar focus, and we believe that by merging we can better serve our mutual goals. We feel that it’s the right time to do this, especially in light of the fact that the world’s first captive-breeding center dedicated solely to prairie grouse will soon be housed at the Sutton Center.”

Founded in 1961, the STCP’s original mission was to preserve Wisconsin’s remnant population of greater prairie chickens. This effort culminated in the establishment of the Buena Vista Grasslands, one of the largest grassland ecosystems east of the Mississippi River, and the site of several prestigious field trials, including the National Prairie Chicken Shooting Dog Championships.

In recent years, the STCP has moved beyond Wisconsin’s borders and broadened its focus to include other states and species, notably the federally endangered Attwater’s prairie chicken. This made for a natural merger with the Sutton Center, a leader in the effort to conserve both lesser and greater prairie chickens.

Prairie grouse in North America continue to suffer from the same problems that led to the extinction of the heath hen, the eastern race of prairie chicken, in 1932: loss, degradation, and fragmentation of habitat and, as populations become more isolated due to these stresses, diminished genetic diversity.

For more information on the STCP gift to the Sutton Center visit prairiegrouse.org.