Last week, the House of Representatives approved an amendment to a $32-billion appropriations bill for funding government agencies, such as... 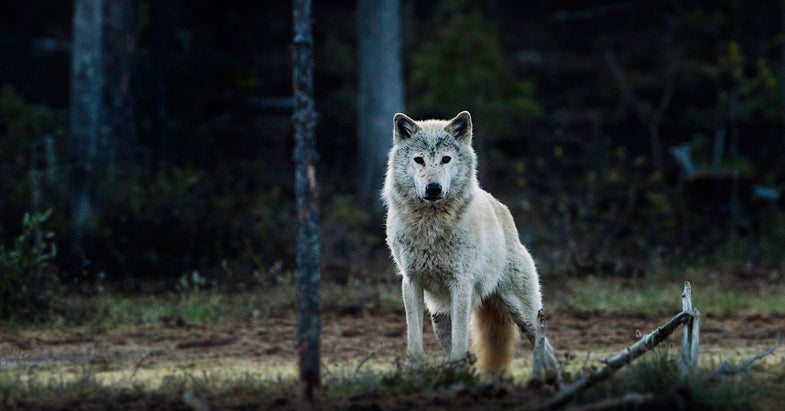 Last week, the House of Representatives approved an amendment to a $32-billion appropriations bill for funding government agencies, such as the Department of the Interior, but the measure also takes aim at the gray wolf’s federal-protection status.

On several occasions, the U.S. Fish and Wildlife Service has attempted to remove the gray wolf from Endangered Species Act protections, claiming that the species has fully recovered, after having once been on the brink of extinction. But lawsuits from opponents have long stymied the efforts. The new measure, however, prohibits, “the use of funds by the U.S. Fish & Wildlife Service and the Department of Interior to treat any gray wolf in the 48 contiguous states as an endangered or threatened species under the Endangered Species Act after June 13, 2017.”

Rep. Dan Newhouse, R-Washington, said, “the amendment does not delist the gray wolf but encourages U.S. Fish and Wildlife to move forward with its own proposed delisting rule.”

The removal of the gray wolf was added to the bill by Newhouse, as well as Greg Walden, R-Oregon, and Cathy McMorris Rodgers, R-Washington. The measure must still pass the Senate to take effect. Should it become law, according to the Missoulian, gray wolf management would be left to the discretion of the states.

Some detractors of the measure say that the wolf removal stems from fear of the animal. “It’s borne of some ancestral, irrational fear of wolves, which permeates the agricultural community and the Republican Party here in Washington, D.C.,” Rep. Peter DeFazio, D-Oregon, told the Associated Press.