Telling stories about a hunt is part of the fun and these two Siberian hunters will forever have a good... 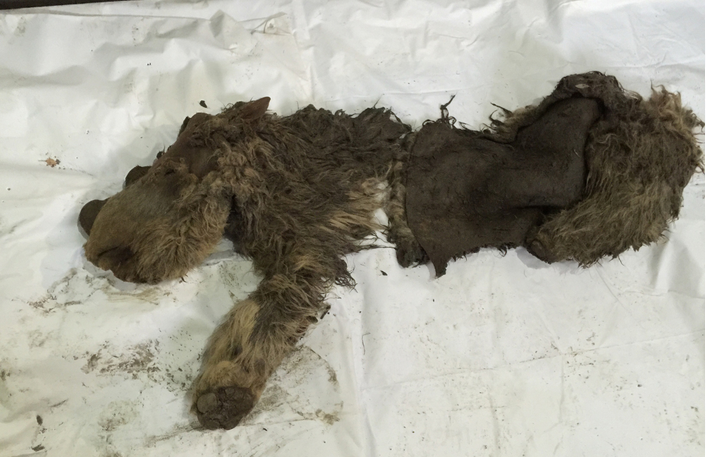 Telling stories about a hunt is part of the fun and these two Siberian hunters will forever have a good tale to tell. Last September, two hunters were traveling along a stream in Siberia when they spotted wavy auburn hair rising out of the permafrost, according to Wired.com (the hunters were not named in the story). At first dismissing it as a dead caribou, the two realized their mistake as they got closer and ended up freeing the preserved body of a frozen baby woolly rhino. They stored it through the winter before delivering the body to the Sakha Republic Academy of Sciences last week.

The baby woolly rhino, which has been dubbed, “Sasha,” is one of the few woolly rhinos discovered and the only calf, according to Wired. Scientists believe that she was about 18 months old when she died and hope that her discovery will alleviate some of the mystery surrounding woolly rhinos’ living conditions, development, and their relationship to modern-day rhino species. Woolly rhinos lived during the Pleistocene time period and scientists estimate Sasha to be 10,000 years old.

Thanks to the permafrost, Sasha’s remains were largely intact and scientists not only have the skeletal leg, torso, and head, but also an ear, an eye, teeth, two horns, and some wool-covered skin, which they hope still contains DNA to better link the woolly rhino with today’s living rhino.