Photograph by Marieke IJsendoorn-Kuijpers via Flickr. A man who illegally shot and killed a rare bighorn sheep in Idaho received... 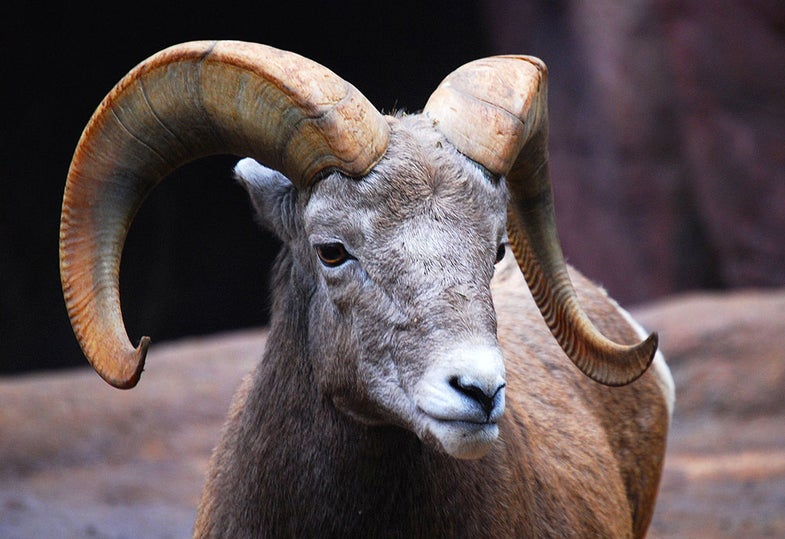 Only four bighorn sheep tags were alloted in the hunt unit where Cortez killed the animal.. Flickr/Marieke IJsendoorn-Kuijpers
SHARE

A man who illegally shot and killed a rare bighorn sheep in Idaho received a stiff penalty for his crime. According to Idaho Fish and Game, Paul Cortez, 53, of Nampa, Idaho, received a lifetime hunting-license revocation; 30 days in jail; a $10,000 civil penalty, fines, court costs totaling $753; and four years of probation. He killed the animal on Nov. 6, nearly a month after the season had ended.

According to the Idaho Statesman, the judge in the case, Gregory FitzMaurice, chose to implement the lifetime ban. “The [illegal] killing of animals, especially rare animals, has serious consequences in this state,” FitzMaurice said.

Several state conservation officers were patrolling the Main Salmon River on Nov. 6 when they contacted Cortez at his hunting camp, according to Idaho Fish and Game. They noticed Cortez’s hands and forearms were bloody, and Cortez soon admitted to having shot the bighorn when it came to the river for water.

According to Idaho Fish and Game, during his sentencing, Cortez spoke briefly, saying he “made a huge mistake in my judgment. I regret it.” The 53-year-old also asked the judge not to revoke his hunting privileges for life.

A remnant bighorn sheep herd roams the canyons above the Main Salmon River; in the hunt unit in which Cortez shot the animal, four bighorn sheep tags were allotted. “Only a handful of those applying for one of these coveted tags got their chance at a bighorn sheep during the 2015 hunting season,” conservation officer Brian Perkes said. “This poaching crime robs legal hunters of next year’s opportunity to pursue this prized nine-and-one-half-year-old ram.”