Photograph courtesy of Karen Viste-Sparkman/USFWS In the past week, a bison at Iowa’s Neal Smith National Wildlife Refuge has gained... 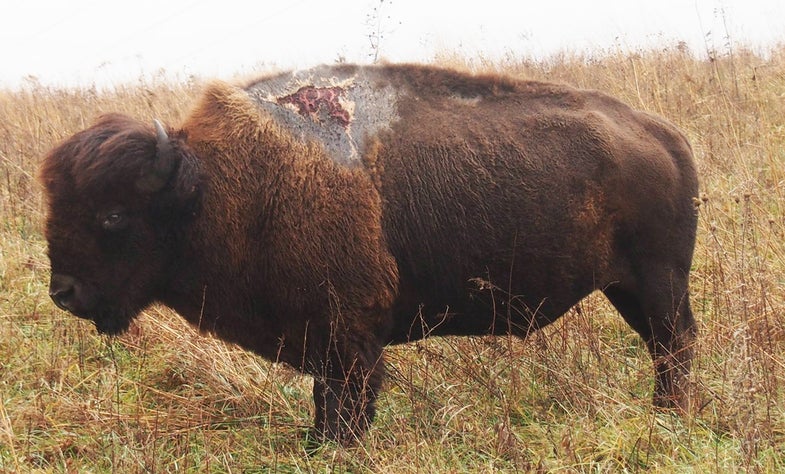 In the past week, a bison at Iowa’s Neal Smith National Wildlife Refuge has gained nationwide attention for its peculiar survival story. According to the US Fish and Wildlife Service, the bison was hit by lightning sometime in 2013. Biologist Karen Viste-Sparkman first noticed the bull off by himself during one of her checks of the herd in July of that year. She then discovered that he had a large bloody patch on his hump, a lightning exit wound on one leg, and had lost weight.

Since a lightning strike is a natural albeit rare bison injury, Viste-Sparkman and refuge personnel didn’t try to treat the bison, which they named “Sparky” for obvious reasons, but they monitored his condition and were prepared to euthanize him if his condition didn’t improve. Instead, Sparky recovered. Although he limps, more than two years after his injury, he has gained back most of his weight and is healthy member of the Neal Smith herd.