Is Ted Turner Buying the Dances with Wolves Ranch?

Photo via YouTube/Fandango MovieClips The Triple U Ranch—a 43,000-acre, bison-dotted spread northwest of Pierre, South Dakota, where much of Dances... 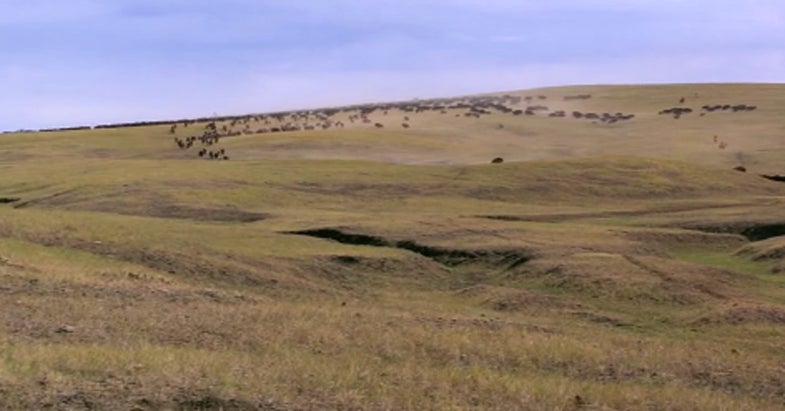 The Triple U Ranch—a 43,000-acre, bison-dotted spread northwest of Pierre, South Dakota, where much of Dances with Wolves with Kevin Costner was filmed—was scheduled to be sold at public auction July 9. But now, according to a story in the Pierre Capital Journal, the auction has suddenly been called off. The ranch’s current owner, Kay Ingle, confirmed that she’s negotiating a deal with a private buyer, but added that she “can’t say anything about it until it’s done.”

So, for the time, the buyer’s identity will remain a mystery. However, there’s reason to believe that the Pharaoh-like media-mogul Ted Turner is behind the purchase, and the evidence is pretty compelling: With more than two million acres to his name, mostly in the West, Turner is the second-largest private landowner in the U.S.; he also owns more bison than anyone in the country (or in the world, for that matter), with around 51,000 head.

The real kicker, though, is that he already owns the 141,000-acre Bad River Ranch, parts of which lie only 10 miles or so from the Triple U. When asked by the Capital Journal __to comment on the Turner speculation, an unnamed real-estate broker averred, “There’s some credibility to the rumor.”

In other words: Take it to the bank.

Fortunately, by all accounts Turner has strong conservation ethics and is a good steward of the land. So hopefully the Triple U’s verdant grasslands—which played such a pivotal role in _Dances with Wolves’ _ tone—will be preserved. As for the price, well, that’s shrouded in secrecy, too, though a figure of $40 million has been suggested.

That’s a lot of scratch, but you know what they say: If you can’t afford the fare, don’t hail the cab.

Here’s the classic bison-hunting scene from the film: