Is There a Lion on the Loose in Milwaukee?

Photo via NBC.com The mystery began more than a week ago when a woman filmed what appears to be a... 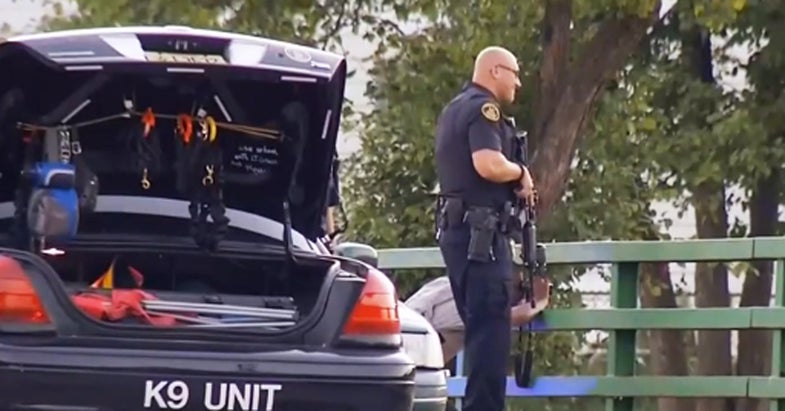 The mystery began more than a week ago when a woman filmed what appears to be a large feline, presumably a cougar, walking through her neighborhood. But the phone-camera-quality footage of the animal was met with skepticism.

Then another lion sighting was reported, and then another. In fact, according to the Milwaukee Journal Sentinel, local police have received several reports of lion sightings since the saga began, including two confirmed sightings by police officers, as well as claims that a lion cub is also in the area. However, police say there’s no evidence, such as scat or tracks, that indicate a large cat is roaming the city’s streets, and that it would be highly unlikely for a cougar or mountain lion to wander into an urban area.

Still, residents continue to report sightings—even as recent as Saturday night and Sunday morning. In response, officers armed with rifles and staff from the Wisconsin Department of Natural Resources carrying tranquilizer guns set up a dragnet and combed a four-block area along a ravine where the lion was supposedly last spotted. Aided with canine units, they hoped to push the animal into the open but turned up nothing. Officers remained on the scene through Sunday afternoon in case the animal returned.

Without definitive evidence, police won’t speculate what the animal actually is—there are no reports of missing captive lions from area zoos, according to NBC. Jill Carnegie has rescued exotic animals for 43 years and said that the cat could be a cougar someone was keeping as a pet (which is legal in Wisconsin). “Cougars are great at climbing trees and getting into tight places,” Carnegie told the Journal Sentinel. “They also camouflage so you could walk right past [them] and not see [them].”

Milwaukee police are keeping streets closed as a precaution as they continue searching for the potentially dangerous cat. There’s already been one incident of someone mistaking a dog for a lion and shooting it in the paw.