Is This the First Wahoo Caught Off California’s Coast?

According to the Balboa Angling Club, Eric Kim became the first angler to catch a wahoo off the coast of... 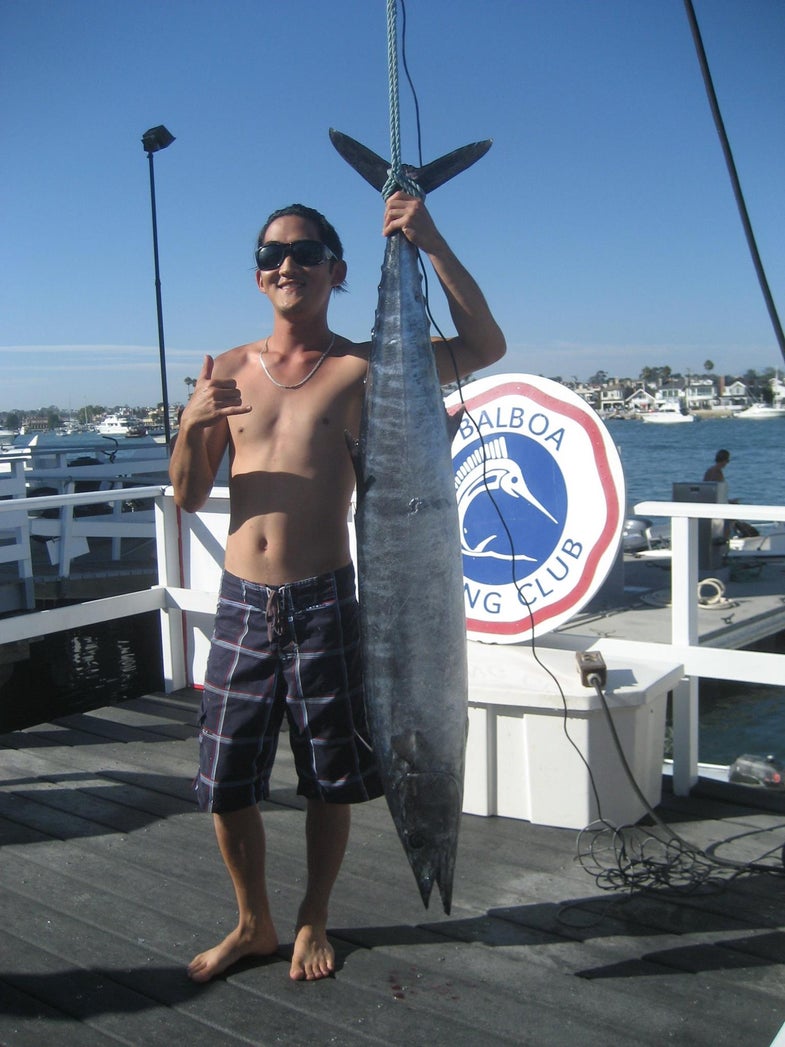 According to the Balboa Angling Club, Eric Kim became the first angler to catch a wahoo off the coast of California when he boated a 60-inch, 50-pound fish on August 30.

A story from the Los Angeles Register says Kim was celebrating his 24th birthday with friends aboard Skipper George Garrett’s The Joker, when he hooked the fish about 20 miles off the coast of Newport Beach. While wahoo are common in sub-tropical waters around Cabo San Lucas, Mexico, there’s reportedly no documentation of one being caught as far north as where Kim was fishing.

“We all looked at each other and screamed at the same time,” Kim said. “It was a pretty sweet birthday present. I can’t believe it.”

Some believe it might be the first wahoo caught on the United States’ Pacific Coast. Scientists from the National Oceanic and Atmospheric Administration have requested a tissue sample to test the DNA of his catch and see if it offers any clues about the fish’s evolving migration patterns.

“I was expecting that someone would eventually catch [a wahoo],” said Milton Love, a research biologist with the Marine Science Institute in Santa Barbara, adding that drought, climate change, and other factors are likely to have created the warmer water temperatures that wahoo prefer. “I’m sure there are others out there.”

In the meantime, Kim said he’s completing paperwork with the Balboa Angling Club and the California Department of Fish and Wildlife to have his name entered into the state record books, though he shouldn’t have much trouble—there’s currently no entry for wahoo.