Photograph via Rock Island Auction Company/Facebook An M1 Garand that belonged to former President John F. Kennedy is among the... 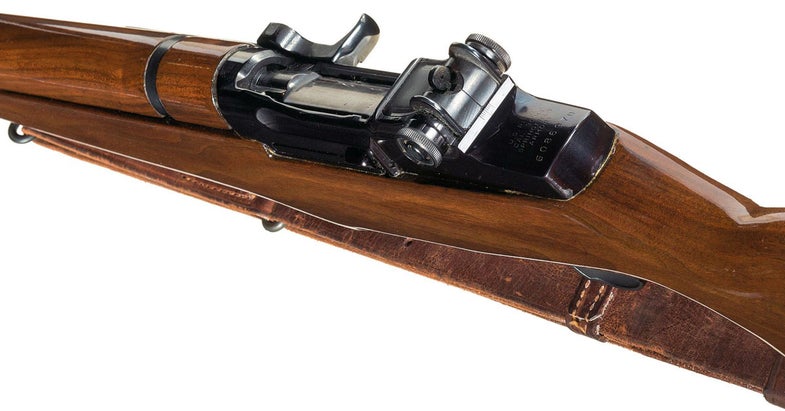 An M1 Garand that belonged to former President John F. Kennedy is among the sporting and historic arms up for sale during the Rock Island Auction Company’s Premiere Firearms Auction September 11 to 13. Kennedy obtained the rifle through the Division of Civilian Marksmanship (DCM) in 1959, when he was still a senator, according to the company’s website. At the time, DCM rifles were awarded through a lottery, and DCM director Col. John K. Lee, Jr. took the rifle awarded to Kennedy and asked his best gunsmith, Master Sergeant Raymond E. Parkinson, to give it a tune-up worthy of a V.I.P. during his off-duty time.

Parkinson adjusted the trigger, glass-bedded the stock’s recoil shoulders, blued the steel, and gave the wood a silicon finish. He even test fired the rifle from a sitting position at 200 yards, instead of from the customary cradle, to keep from marring the wood.

The rifle comes complete with letters of documentation, including the target shot by Parkinson, a thank-you letter to him from the senator, and the packing crate Parkinson made for the rifle. Other historical guns at the September auction include Colt Single Action Army revolvers that belonged to both Roy Rogers and Boy Scouts of America founder Dan Beard, as well as a gold-inlaid hammer double shotgun once owned by former President Chester A. Arthur.