Photograph via The Wichita Eagle/Facebook While hunting in Kingman County, Kansas, earlier this month, Jerika Francis believed that she’d shot... 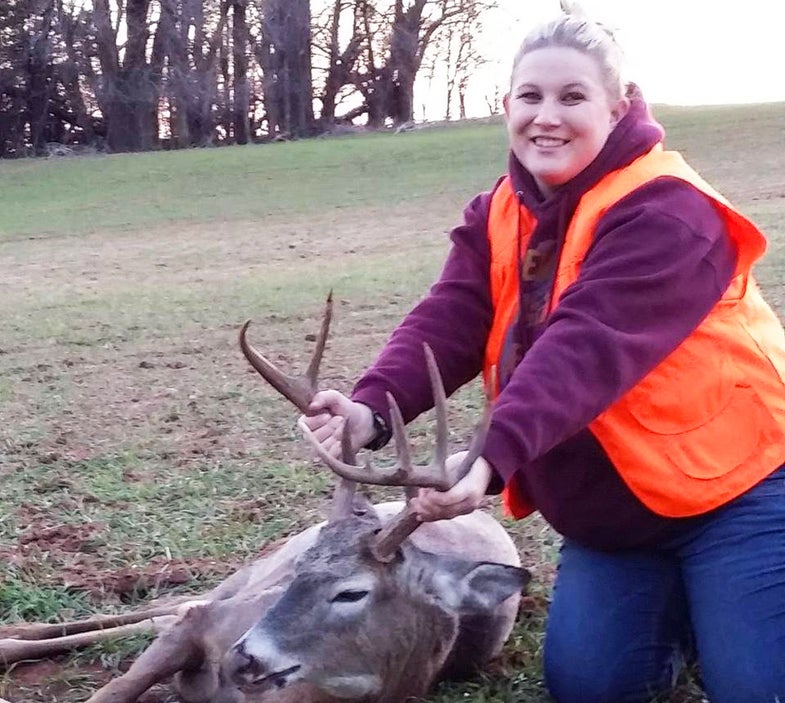 Photograph via The Wichita Eagle/Facebook

While hunting in Kingman County, Kansas, earlier this month, Jerika Francis believed that she’d shot a small 10-point buck. It wasn’t until her husband, Russell, began cleaning the deer that the couple realized the animal was, in fact, an antlered doe. “He noticed some parts were missing right away,” Jerika told The Wichita Eagle.

According to the Associated Press, Jerika and Russell targeted the deer as it grazed among a herd of bucks and does. “I’d seen that deer last year and [the antlers] hadn’t really grown at all,” Russell told the Eagle. The couple wanted to prevent the “buck” from passing on what appeared to be bad genes.

Antlered does have exceptionally high levels of testosterone and will rub the velvet off their antlers once they harden, just like bucks do. The Eagle notes that about 1 in 10,000, or even as few as 1 in 100,000, does grow antlers. In the piece, Keith Sexson of the Kansas Department of Wildlife, Parks, and Tourism, estimates he has heard of fewer than 15 antlered does in the state in the past 50 years. The Wall Street Journal points out that in the South, antlered does seem to be just as rare, and estimates that only four were killed in the entire U.S. in 2014. The Journal notes, however, that one of these antlered does was killed in Sedgwick County, Kansas—not far from where Jerika Francis killed her deer.

From what we can determine, Jerika’s buck is the third antlered doe harvested so far this season, following an Arkansas 8-pointer and a Missouri 22-pointer (video below) each tagged in late November.

Jerika told the Eagle that, initially, she wanted just the rack mounted. Given the rarity of the doe, however, she has since decided to shoulder mount her unique trophy.