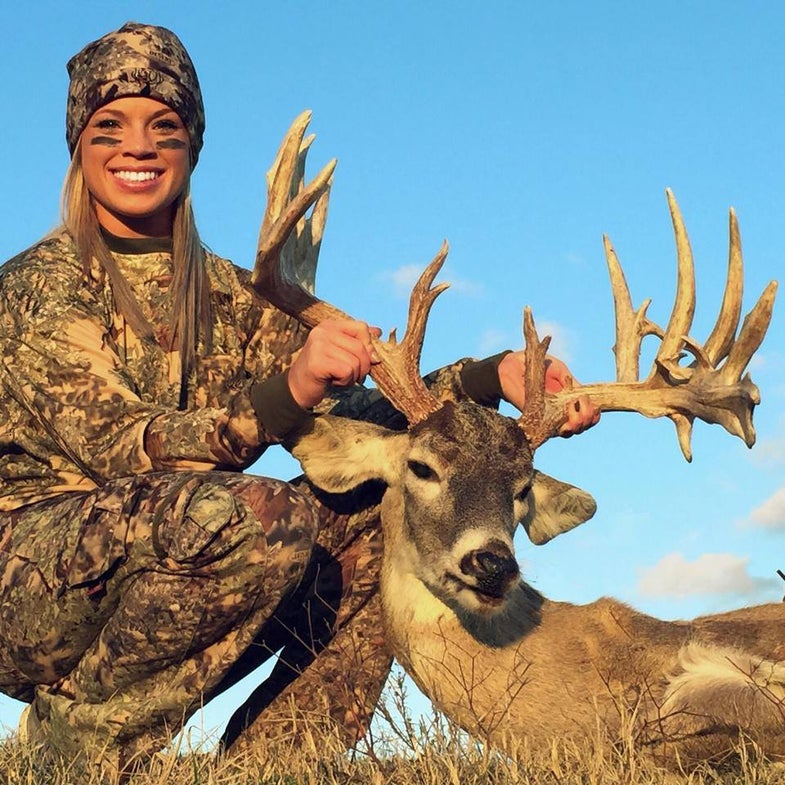 Teen cheerleader and big-game hunter Kendall Jones became infamous on social media last summer, when antis railed against her posting trophy photos and “bragging” about her kills on a recent safari hunt. This week, she’s making a statement again, by choosing the “hottest male hunter” in the U.S. through a photo contest on her Facebook page.

Jones says on Facebook, where she is now billed as a “Public Figure,” that she was motivated to expose the sexism that she has faced head-on. She believes that much of the hate thrown her way stems from the fact that she is a woman who is also a hunter, and she wanted to point out that none of the 3,000 “hottest men” entrants had come under fire for seeking attention via their hunting photos.

Ironically, no one seems to be interested in the contest winner, North Carolina’s Trey Moore. Instead, all comments seem to be directed at Jones, whose critics went wild again, posting comments stating that Jones was using the contest as a way to promote the slaughter of harmless animals in the name of sport. Jones disagrees and responded with the following: “What really pisses off the anti-hunting crowd is not that I hunt… it’s the fact that I’m a girl and I’m doing those things. I’m never going to stop. I’m proud to hunt, proud to cheer, proud to wear makeup, and especially PROUD TO BE ME!”

Regardless of her motivations behind the contest, Jones has once again taken center stage in a hotly debated issue that seems to surround women who are open about hunting on social media. See how Eva Shockey responded to her many critics after she posted a photo with the 510-pound black bear she killed this year, and learn how to put down an anti troll for good in the F&S feature, “The Outdoorsman’s Guide to Social Media” (December 2014-January 2015).