The Environmental Protection Agency will begin a study on four popular agricultural herbicides, including glyphosate, the primary ingredient in Monsanto’s... 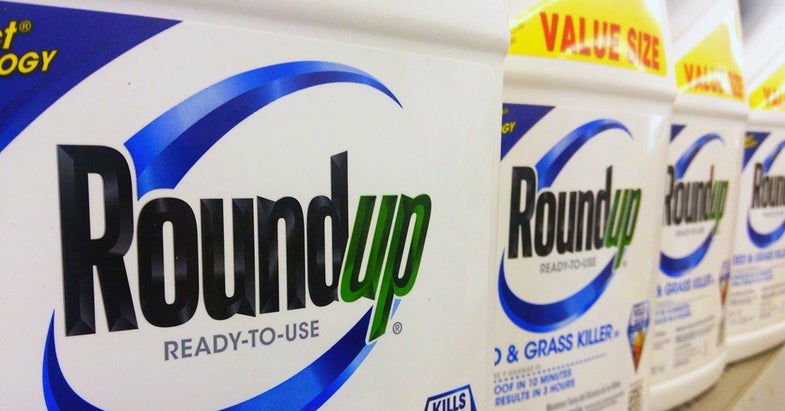 The Environmental Protection Agency will begin a study on four popular agricultural herbicides, including glyphosate, the primary ingredient in Monsanto’s Roundup. As Courthouse News Service reports, the study is a result of a settlement with the Center for Biological Diversity, which filed a lawsuit against the EPA eight years ago, demanding action. The EPA has agreed to finish the analysis of the effects of glyphosate, atrazine, propazine, and simazine on endangered species by 2020.

Glyphosate is the most popular of the four, and its critics believe Roundup is responsible for killing insects and plants, important factors in the food cycle, and may cause cancer in humans, as well. Roundup is used both in agriculture and on lawns. The EPA hasn’t studied glyphosate since 1993. According to National Geographic, its usage nationwide has skyrocketed from fewer than 11 million pounds in 1987 to nearly 300 million pounds in 2012. The exponential increase can be credited to the popularity of genetically engineered corn and soybean seeds. Atrazine, propazine, and simazine are primarily agricultural chemicals. Atrazine has been linked to chemical castration in frogs.