Made You Look: Hunter’s Kansas 8-Pointer is Actually a Doe

A North Carolina deer hunter who thought he’d bagged the deer of a lifetime while hunting in Kansas, actually got... 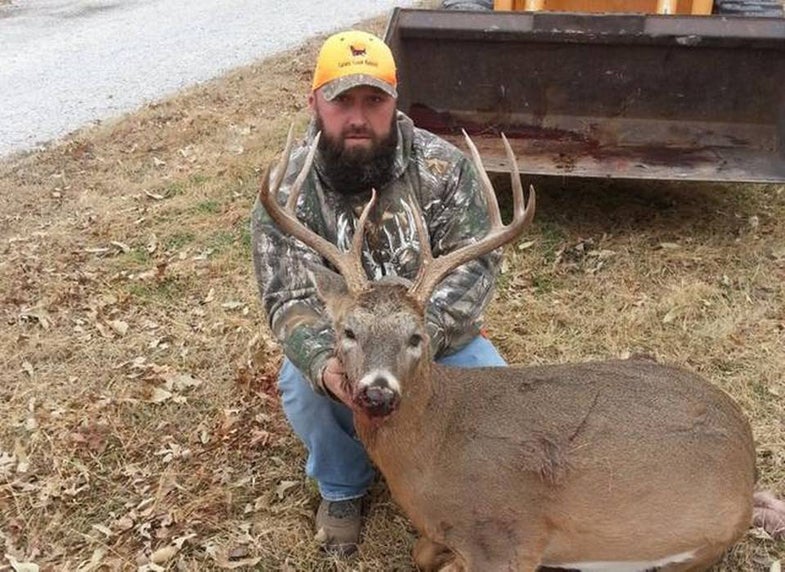 A North Carolina deer hunter who thought he’d bagged the deer of a lifetime while hunting in Kansas, actually got the surprise of a lifetime, when his 8-point buck turned out to be a rare doe with a full set of antlers.

According to the Wichita Eagle, Chuck Rorie was hunting on a friend’s farm on the opening day of firearm season last week. Sitting in a ground blind overlooking a field, where he’d already seen three bucks earlier in the day, he watched this 8-point step out and thought it was just another “one of the guys” coming to chase the does. It had the biggest antlers, so he shot it.

“I didn’t think much about it; it just looked like a nice buck when I was watching it,” said Rorie. “But when I was skinning it, I realized something didn’t look right. It didn’t have the right private parts. I whispered to my dad to look because I didn’t want to sound like some [dummy].”

While it is possible for a doe to grow antlers, it’s extremely rare and only happens if a deer has a chemical imbalance resulting in too much testosterone. Grant Woods, a Missouri-based biologist with 25 years of experience researching whitetail deer, says he thinks it only happens to maybe one in 10,000 does. Keith Sexson has been a biologist with the Kansas Department of Wildlife for the last 46 years, and says he can only remember maybe 15 antlered doe reports in that time.

Woods also noted that while the research on does with antlers is limited, typically females with antlers have small, spindly, velvet-covered racks, whereas Rorie’s deer had a large typical frame with as much mass as you’d find on a buck of similar age. “You could see tree bark on the antlers where she’d been rubbing them against trees, like a buck,” Rorie said.

While Rorie’s deer is an anomaly, he says he’s not the least bit ashamed and will likely get the 115-inch mounted for his home back in North Carolina, where deer this size aren’t as common. “I’m tickled to death. I know this is a once in a lifetime thing,” he said. “We don’t have many big bucks. So when a guy brings a buck into the processor I’ll be able to tell him I’ve killed a doe a lot bigger than that buck they just shot. I’ll have a lot of fun with this.”