Maine will keep its traditions of trapping bears, hunting bears over bait, and hunting bears with hounds, after voters rejected... 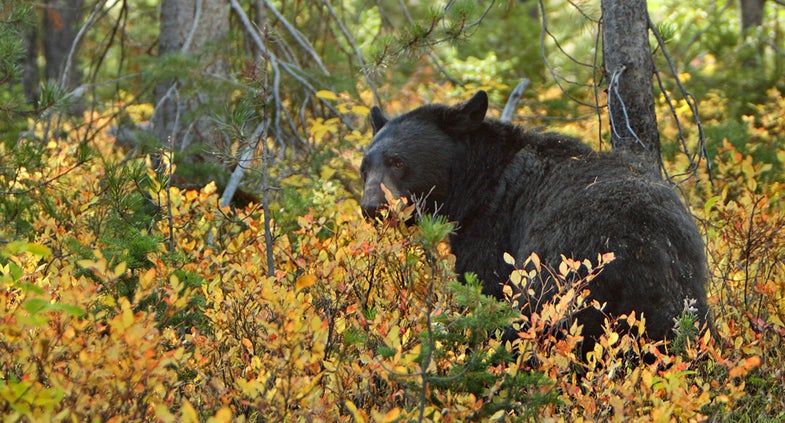 Maine will keep its traditions of trapping bears, hunting bears over bait, and hunting bears with hounds, after voters rejected a ballot initiative that would have banned these practices. With 64% of the vote counted at 2 a.m. ET Wednesday, 52% of voters opposed the measure, according to USA Today.

This is the second time Maine voters have rejected a ban on bear hunting in the last 10 years.

The initiative was brought by Mainers for Fair Bear Hunting, which is largely funded by the Humane Society of the United States (HSUS), a nationally recognized anti-hunting group. Mainers for Fair Bear Hunting raised more than $2 million in campaign funds, with just 3 percent coming from in-state donors. The group received 97 percent of its donations from the HSUS, based in Washington, D.C., according to the Portland Press Herald.

Mainers for Fair Bear Hunting funded a television and radio ad blitz leading up to the vote. The advertisements showed bears caught in traps and fighting dogs, but did not represent actual hunting scenarios. A coalition of groups that opposed the ban raised $2.8 million, with 39 percent of the contributions coming from state residents and the rest coming from donors in at least 41 other states.

Important cultural and economic factors came into play, but perhaps the biggest issue surrounding the ban was game management. The Maine Department of Inland Fisheries and Wildlife strongly opposed the ban, as did state game wardens. Maine’s bear population has increased over the last ten years to 30,000 animals, and state biologists say that the three methods of harvest are critical for keeping the population in check. In 2013, hunters using one of these three methods accounted for 93 percent of the bears harvested during Maine’s fall bear hunting season, according to the Bangor Daily News.

“The Department of Inland Fisheries and Wildlife has earned a high level of trust based on a solid track record of managing Maine’s wildlife, and there was no amount of misleading rhetoric that could change that,” said Nick Pinizzotto, the U.S. Sportsmen’s Alliance (USSA) president and CEO. “It is imperative for the future of all wildlife that management decisions be made by trained professionals guided by sound science and proven techniques.” The USSA worked closely with Maine hunting groups to fight off the ban.

Although Maine is the only state to allow all three methods of take, 32 other states allow baiting, hounding, or both, according to the Department of Inland Fisheries and Wildlife.