In Illinois, pollutants may be causing male fish to grow female eggs, a new study finds. In the spring of... 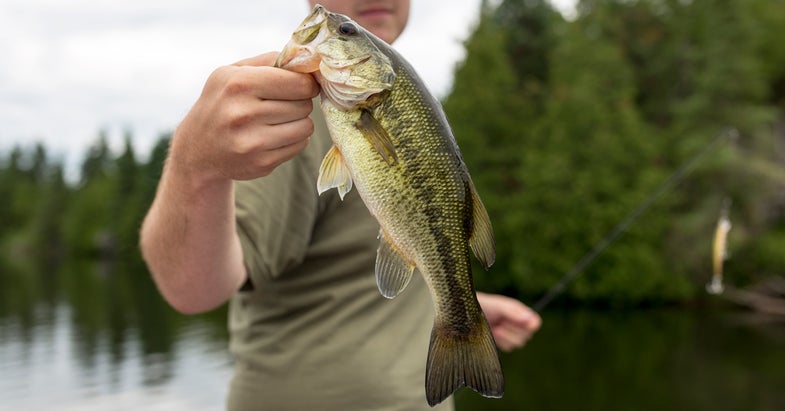 _Hormone-disrupting chemicals may be to blame for the deformities. _. Dave Doe/Flickr
SHARE

In Illinois, pollutants may be causing male fish to grow female eggs, a new study finds. In the spring of 2014, scientists collected and dissected 51 largemouth bass and discovered that 21, or 41 percent, were growing female eggs in their testicular tissue, Chicago Tonight reports, likely because of man-made chemicals. The pollutants in question are known as endocrine-disrupting chemicals and are found in birth-control pills, pesticides, and other household products.

The affected fish, which scientists refer to as intersex, were taken from the lower region of the Des Plaines River, near Joliet, Ill., about 25 miles downstream from Chicago. Though that portion of the river attracts fishermen, it’s polluted with fecal bacteria and toxic industrial chemicals.

“Long-term surveys conducted by the Illinois Natural History Survey in this region have shown big increases in largemouth bass over the past 40 years since implementation of the Clean Water Act,” Mark Fritts, a former INHS scientist who now works for the U.S. Fish and Wildlife Service, told Chicago Tonight. “It’s a dichotomy here because we’re seeing a population that has increased dramatically, but we’re also seeing this potential problem arising.”

Fritts expressed concern for people who might eat the intersex fish, as well as those who use the river.

In the spring of 2015, INHS conducted further research, collecting largemouth bass, black crappies, and bluegills from various sections of the Illinois River. Scientists found the intersex condition in each of the three fish species, though its presence varied by species and location, according to the group’s July report. “This is an emerging field of research,” Fritts told Chicago Tonight. “We’re kind of on the tip of the iceberg. There are still a lot more questions than answers.”

This is not the first time researchers have discovered intersex fish in an American waterway. As National Geographic points out, FWS recently studied 19 national wildlife refuges in the Northeast and concluded that 60 to 100 percent of the male smallmouth bass in the locations displayed intersex characteristics.

Intersex is not yet entirely understood, however.

Reproductive impairment isn’t the only concern, says [Vicki Blazer, a researcher at the U.S. Geological Survey’s National Fish Health Research Laboratory in West Virginia]. In the Potomac and Susquehanna Rivers, she’s seen an increase in diseases, die-offs, and infections in some fish species. Their immune systems are weak. These health problems seem to correlate with levels of intersex.