According to CBS Los Angeles, a man in Studio City, California, is under arrest after throwing a 13-foot python into... 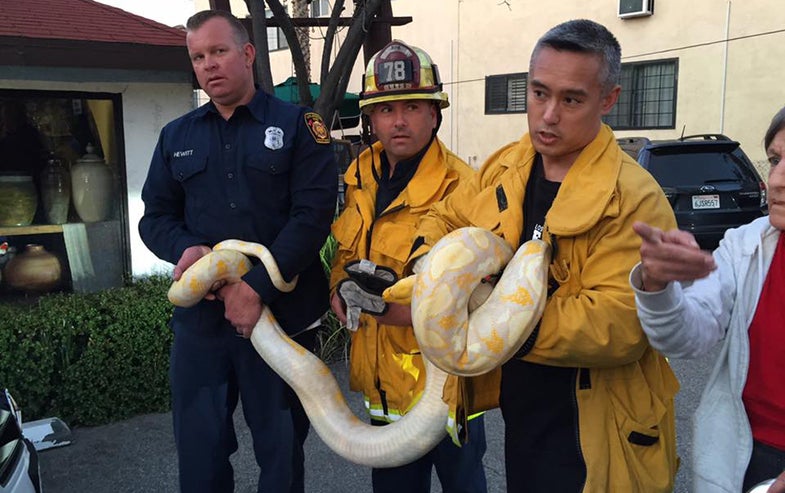 According to CBS Los Angeles, a man in Studio City, California, is under arrest after throwing a 13-foot python into a sushi restaurant. Waitstaff said the man first showed off a smaller snake, but when customers and management asked him to leave, he returned with the python. “Everyone’s eating so customers are yelling, ‘Get this thing out!’ Are you crazy?'” waitress Jessie Davaadorj told reporters.

The LA Times reports that the incident happened on a Sunday night earlier this month after the man in question, Hiroshi Motohashi, had finished his $200 sushi dinner. He then got upset with restaurant management when they confronted him about the smaller snake, so he left. Rather than shaking it off, though, he returned with the python and dropped it in the sushi place before walking out again. Staff called police, and the big reptile was eventually removed.

Motohashi is charged with making criminal threats, but this isn’t his first alarming antic: The LA Times reports he was convicted of selling endangered animals and venomous lizards in 2005.