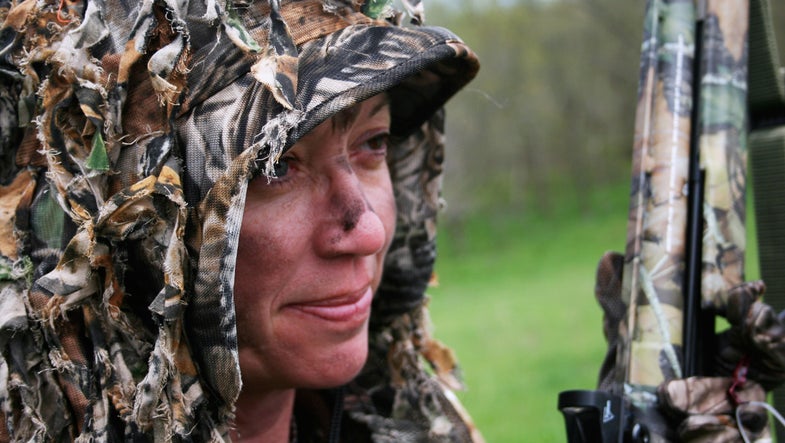 Lives in: The Missouri Ozarks

Years as an outdoor writer: 15

Most out-there assignment: “Fish gigging on the Osage River on a 29-degree January night, slipping around the frozen deck with a long spear. But then we enjoyed a 1 a.m. fish fry, complete with whomp’em donuts fried in fish oil.”

Outdoor role model: “I wrote about Il Ling New, a Gunsite Rangemaster, and I’m still in awe of her. She’s done so much to bring more women to the outdoors.”

Big regret: “That I was 40 before I realized I’m genetically wired to hunt. My children’s lives would have been very different.”

Advice to young outdoorswomen: “Whether you’re trying to shoot a trophy, land a fish, or break into outdoor media, work harder and sweat more, and it’ll happen for you. But you have to attack your goals with all the energy, and then some, that you can muster.”

Read some of Baird’s F&S stories:

2. Do You Carry a Pistol While Bowhunting?