Michigan and North Carolina Work to Regulate Hunting-Related Drone Use

Lawmakers in Michigan are looking to keep drones from being used by hunters to gain an advantage over wildlife. Michigan... 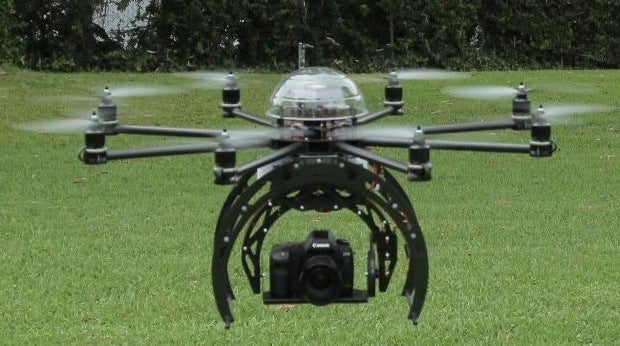 Lawmakers in Michigan are looking to keep drones from being used by hunters to gain an advantage over wildlife. Michigan would join Alaska, Colorado, and Montana in banning drone-assisted hunting. Legislation has also been proposed to block animal rights groups from using drones to harass or interfere with hunters, a measure that was implemented in North Carolina on Dec. 1.

“This came from hunters and outdoor enthusiasts,” said Sen. Phil Pavlov, R-St. Clair, according to The Detroit News. “They felt [the use of drones] takes away from the spirit and tradition of what hunting is supposed to be about.” He also made a distinction between unmanned aerial vehicles—”a real-time device that gives you a view of the field”—and the technology used in trail cameras and fish finders, which “still requires a degree of hunting or fishing skill to be used effectively.”

At a hearing on Tuesday, Michigan’s House Natural Resources Committee considered both bills as a pre-emptive move. “This is prospective legislation that addresses this issue before it becomes a widespread problem,” said Ed Golder, a spokesman for the Department of Natural Resources.

A story in the Daily Tar Heel suggests that North Carolina’s prohibition of drone use to survey hunters, a portion of N.C. House Bill 1099 which took effect on Monday, is a response to the production and distribution of PETA’s Air Angel drone. Some are criticizing portions of the new law for bearing vague terminology and supporting a practice known as “ag-gag”—the prohibition of aerial filming at agricultural sites, where advocacy groups and journalists are interested in investigating environmental practices.