_Photo by By Jonathan Oosting _ On Wednesday, Michigan lawmakers approved a citizen-initiated law that reaffirms the state’s Natural Resource... 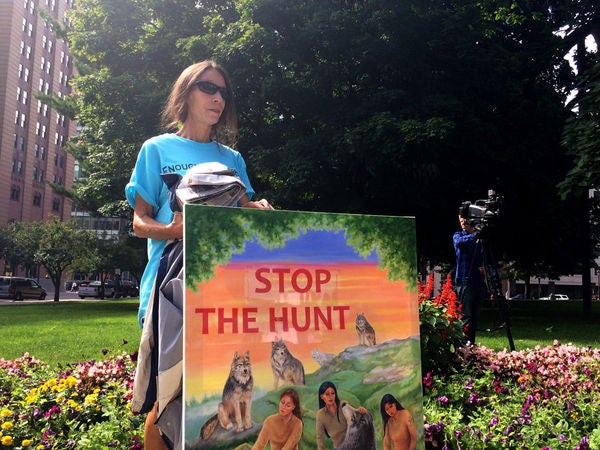 _Photo by By Jonathan Oosting _

According to Mlilve.com, the new law was the product of a statewide petition and approved by the state senate two weeks ago. Because the house of representatives also approved, it does not require the governor’s signature.

“It’s crucial to Michigan’s future that we respect and honor the fishing and hunting heritage by maintaining a factual, science-based approach,” said state Rep. Andrea LaFontaine, R-Columbus Township, who voted for the bill.

While hunting and conservation groups collected approximately 297,000 valid signatures to send the bill to the legislature, opponents say passing the law takes away a decision that should’ve been left up to voters in November.

“If they are so certain that this is the correct way for Michigan to go, what do they have to lose by letting the people of the state of Michigan vote?” state Rep. Vicki Barnett, D-Farmington Hills, told about 100 activists at the anti-wolf hunt rally. “They know they’re wrong, so they’re using loopholes and tricks to circumvent your constitutional rights, and I won’t stand for it.”

Michigan’s upper peninsula is home to an estimated 636 grey wolves after populations grew in the late 1990s and 2000s.

Hunters legally harvested 22 wolves last year during Michigan’s first hunt, but it was about half the number the state hoped for. There is a posibility that the Humane Society of the United States could sue (arguing the citizen-initiated law is unconstitutional) in hopes of stopping the fall hunt.