A group of eighth-grade students at a school in Mosinee, Wisconsin are trying to put a positive spin on a... 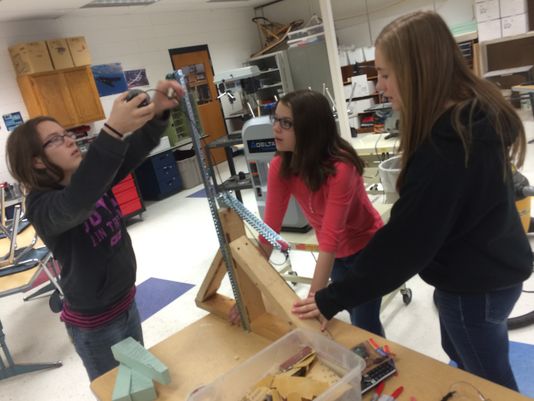 A group of eighth-grade students at a school in Mosinee, Wisconsin are trying to put a positive spin on a tragic situation by creating an adaptive fishing rod for a former principal paralyzed after a fall from a ladder.

A story from the Wausau Daily Herald says nine students in Mosinee Middle School’s gifted and talented math class and a couple Mosinee High School graduates have been collaborating with students at the Northcentral Technical College to build the custom rod for about a year and expect to unveil their work at the end of May.

The recipient, Jim DeBroux, was a beloved teacher and award-winning principal for more than 20 years. Though he lost the use of his arms and legs after falling off a ladder in 2009 and subsequently stepped down from his position, he said he never lost his passion for teaching. That spark, and DeBroux’s love of fishing, is what inspired both current and former students to undertake the project. In fact, if the project team continues the course it’s on, the endeavor may end up helping paralyzed outdoor enthusiasts everywhere.

“The whole process has been life-changing,” Karlie Bonnell, one of the nine middle-school students, told the Herald. “We were just so excited that eventually this would come along and that we could change something for (DeBroux). He could finally have those days where he could go fishing again.”

The idea started after technical education teacher Dave Masterson watched the student’s emotional reaction to DeBroux’s presentation at a disability-awareness event. He thought that something that touched the students emotionally, like DeBroux’s story, could be used to motivate them to learn. With the help of another teacher, Kathy Brandon, the pair organized the project and officially dubbed it Out of Compassion Comes Design and say that so far, the venture has surpassed expectations.

“I look at it and say, ‘what is the best thing to happen to me as a teacher?’ It’s to get kids to think outside of themselves, outside the box and engage,” Masterson said. “For me, this is huge as an educator.”