Photos courtesy of Minnesota DNR. It’s a good bet that Chad Wentzel is going fishing on May 8, 2016. The... 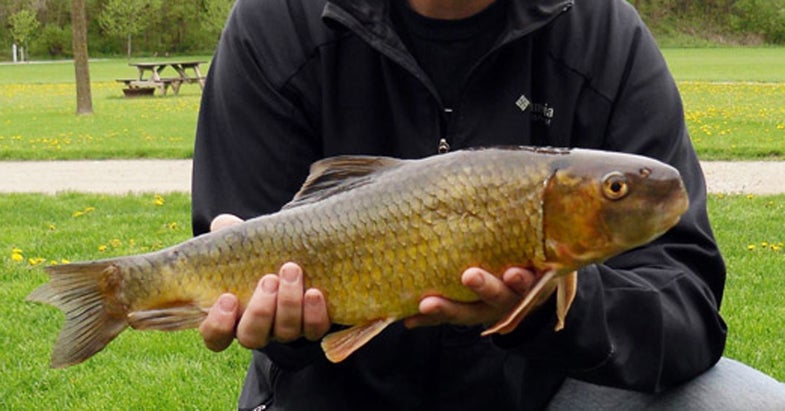 It’s a good bet that Chad Wentzel is going fishing on May 8, 2016. The Minneapolis-based angler broke a state record that day this year when he pulled a golden redhorse from the Root River. The prized fish weighed 4 pounds, 1 ounce, beating the previous record of 4 pounds, 0 ounces, set by . . . Chad Wentzel, fishing the same river May 8, 2014.

This year’s record redhorse took a worm fished on 8-pound test, and Wentzel—who no doubt knows a record fish when he sees one—had it weighed and certified by a DNR biologist. His catch may even tie the current world-record golden redhorse, caught in Pennsylvania in 1997.

“Wentzel fishes with a group of fellow anglers who target all sorts of fish beyond walleye, bass, and panfish,” said Mike Kurre, of the Minnesota DNR.

While most golden redhorse are caught incidentally by anglers trying for catfish, Wentzel seems to have a gift for hooking them. In addition to his two certified record fish, he also caught and released an impressive 3-pound, 11-ounce, redhorse on May 12, 2012.