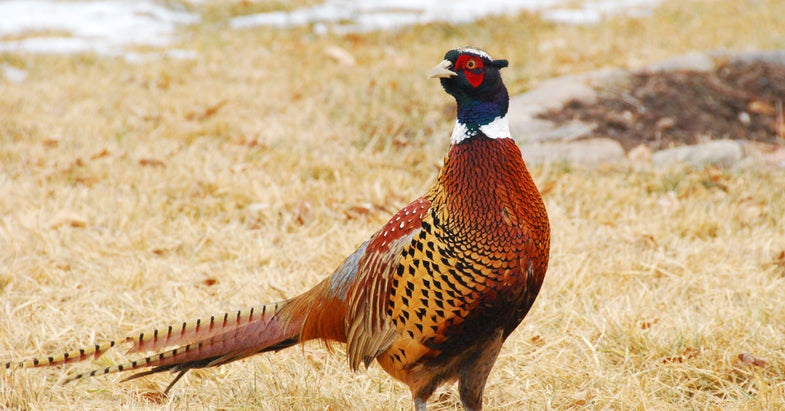 Minnesota governor Mark Dayton recently announced an ambitious $100-million pheasant-restoration plan for the state. Speaking to a crowd at the Nicollet Conservation Club, in southern Minnesota, in the state’s historic pheasant range, Dayton told the crowd “I’d like to bring the population back to what it was in my youth. We had 270,000 pheasant hunters in 1961. We have less than one-fourth of that now. We need to make this a priority.’’

According to Star Tribune, Dayton hopes the investment will be returned many times over, as pheasant hunters once spent more than $100 million annually, with much of the money going directly into the rural economy.

The pheasant restoration plan grew out of a “pheasant summit” Dayton convened last year to address the decline of wild ringnecks in the state’s farming regions. The money generated by the initiative would go toward establishing grassy nesting and wintering cover for the birds amid the corn and bean fields of Minnesota’s cash grain region.

Minnesota pheasant hunter numbers have fallen from the 270,000 in the early 60s, to which Dayton alluded, to just 58,000 last year. Not only would the pheasant initiative boost ringneck numbers, it would also improve water quality and benefit a number of non-game species. High crop prices have driven an increased loss of habit since 2007, as many farmers opted out of CRP programs and cleared fencerows and windbreaks. “The impact of this loss of habitat is huge,” DNR pheasant biologist Nicole Davros told Star Tribune. “This loss hasn’t affected just pheasants but other grassland-dependent wildlife, including songbirds, pollinators and other beneficial insects.”