A booming 30 pounds, 15 ounces of drum—that’s what Missouri bowfisherman Joshua Cole brought in on Table Rock Lake, near... 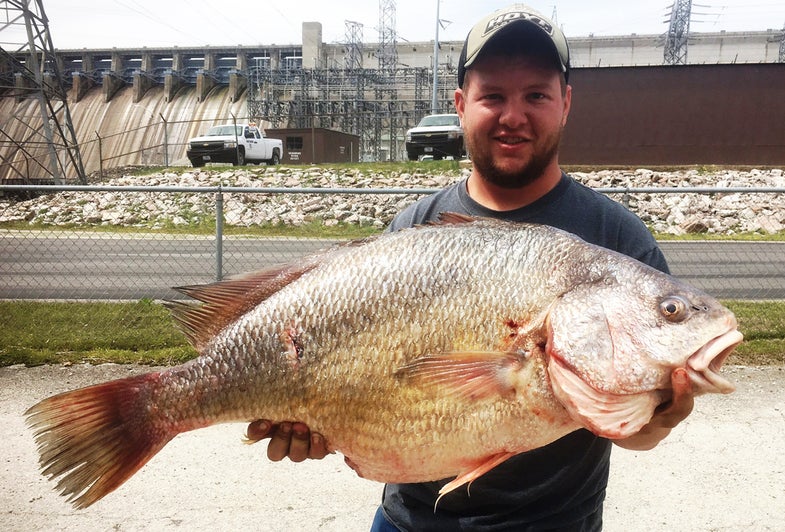 A booming 30 pounds, 15 ounces of drum—that’s what Missouri bowfisherman Joshua Cole brought in on Table Rock Lake, near Branson, on March 31.

Springfield News-Leader reports that Cole’s freshwater drum is a new alternative-method state record, beating the old record, set in 2008 by Kenneth Hoener, by almost 5 pounds. “I can’t believe I shot a state-record drum,” Cole told the Missouri Department of Conservation. “I knew I was shooting at a big drum, but I didn’t realize how big it was until we got it in the boat.”

According to MDC, the drum measures 30 inches around and 33 inches in length. The fish was Cole’s first attempt at bowfishing, but it won’t be his last. “I’m so ready to get back out on the water and find bigger fish,” he said.

The current world-record all-tackle freshwater drum weighed 54 pounds, 8 ounces, and was caught by Benny Hull in Tennessee’s Nickajack Lake in 1972.