A 10-year-old boy from eastern Montana is entering the International Game Fish Association’s (IGFA) record books for the second time... 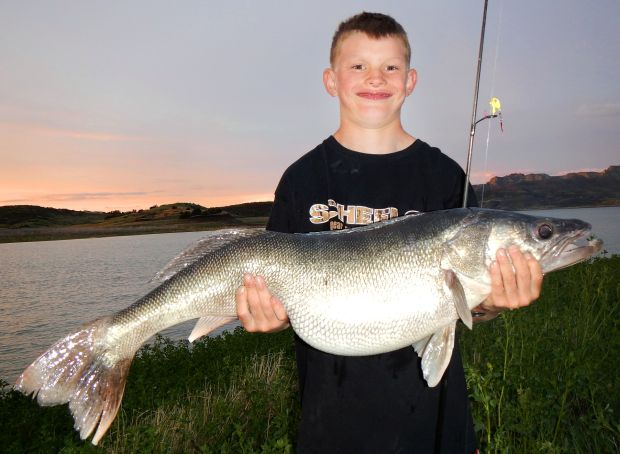 A 10-year-old boy from eastern Montana is entering the International Game Fish Association’s (IGFA) record books for the second time in his life, after besting his own walleye record with a 12-pound, 8-ounce fish he caught in Fort Peck Reservoir earlier this year. Both of his trophy fish qualified within the Smallfry division for anglers age 10 and under.

According to the Billings Gazette, Laura Boyer took her two boys, Josh and Sammy, camping with their grandfather in late May, despite some harsh weather. Josh persevered through lackluster fishing all weekend, and was jigging a minnow early in the morning when he hooked the 32-inch walleye—which topped his 2011 record, set when he was just 7 years old, by 1 pound and 1 inch.

“When dad came back to camp and said he thought it was bigger than the last one, I said ‘No it’s not. It can’t be,’” Laura Boyer said. They weighed the fish at camp, but realized the certification on the scale had expired. When they returned home, Boyer had the scale recertified to confirm the official weight. They submitted an application to the IGFA, and Josh waited for months to find out if his new fish did indeed beat his old record.

Boyer finally saw here son’s name on the IGFA’s website and shared the good news. “He had huge eyes when he saw it on the website that next morning.” A taxidermist is currently mounting Josh’s fish so he can display it on the wall next to his former record walleye.