Photograph courtesy of D. Gordon E. Robertson/Wikimedia Commons The northernmost portion of the Arctic—with its sub-zero winters, low levels of... 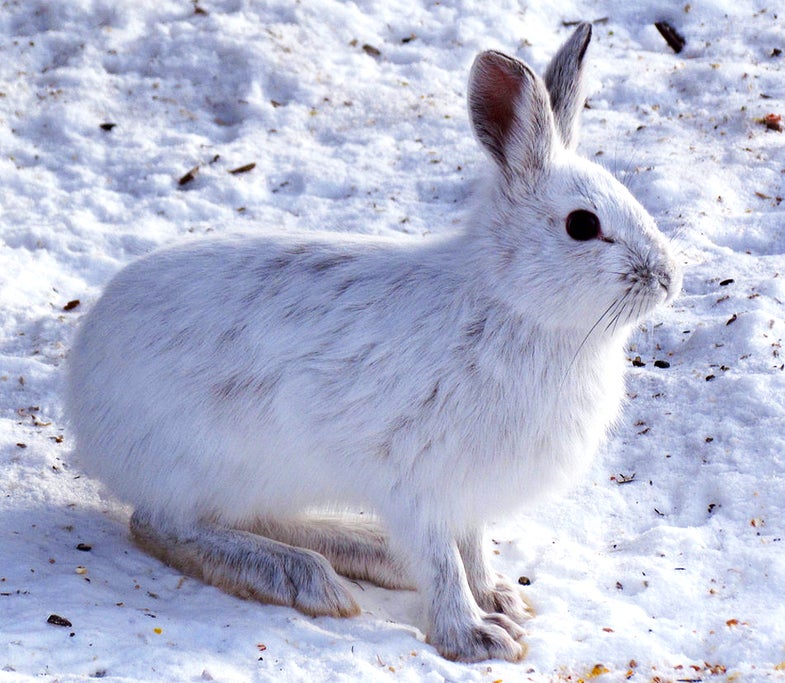 The northernmost portion of the Arctic—with its sub-zero winters, low levels of precipitation, and high winds—has long been considered one of the most inhospitable areas on Earth. Scientists now believe, however, that uncharacteristically warm temperatures and longer summers over the past several decades have made this region more welcoming to non-native species. Moose and snowshoe hares, in particular, have extended their habitat farther north in the Arctic to places where neither could be found just a few decades ago.

In a new study, published this month in the journal Global Change Biology, researchers link changes in spring snowmelt, relatively warmer temperatures, and increased shrub growth to the arrival of moose and snowshoe hares in northern Arctic areas. Using historical data and personal accounts, researchers worked to understand how conditions changed over the years so that these animals could suddenly thrive. Researchers found a 78 percent increase in overall shrub height since the 1960s, likely due to changing weather conditions. These taller shrubs along riverbanks and streams, the study notes, provided a steady food source for moose and snowshoe hares, which eventually led to their migrating farther north.

“Out on the tundra, as soon as the snow starts accumulating, if you can’t dig to forage, if you’re a moose or a snowshoe hare, you’re restricted to what is sticking above the snow,” Ken Tape, lead author of the study, tells NewsMiner. “There’s no cheating around that. So if shrubs are less than a meter tall, well, they’re going to be buried by snow by the end of winter and you’re not going to have anything to eat.”

Tape says that the relatively quick swift in the species’ range is compelling—but he and his colleagues aren’t making predictions about the future, only analyzing the past to better understand the region. “In some ways, we have a warming experiment that is over a century old,” he says.