File photograph courtesy of Miguel Vieira/Flickr On Monday, a federal appeals court dismissed a mountain goat-goring lawsuit, in which Susan... 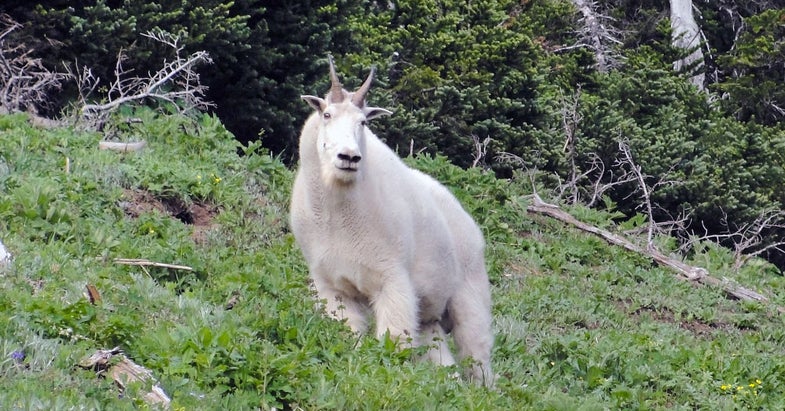 On Monday, a federal appeals court dismissed a mountain goat-goring lawsuit, in which Susan Chadd sued the federal government after her husband, Robert Boardman, was gored, in 2010, by a well-known, trouble-making mountain goat in Olympic National Park. The 63-year-old bled to death, as the goat stood over him, refusing to allow anyone close enough to help.

Chadd claimed park officials should have killed or relocated the animal before the attack, because it was a known threat, according to The Associated Press. The lead opinion disagreed on the grounds that park officials used discretion in handling the problem.

Despite the decision, two of the three judges said Chadd should be allowed to pursue the case. “Letting an identified, aggressive, 370-pound goat threaten park visitors and rangers for years until it killed one amounted to a failure to implement the formally established park policy for managing dangerous animals,” Judge Andrew Kleinfeld wrote in his dissent. “Written park policy provided a series of steps for dealing with animals dangerous to park visitors, from frightening the animal away to removing or killing it.”