A plan from the U.S. government to remove any safeguards for grizzly bears in the greater Yellowstone area and pave... 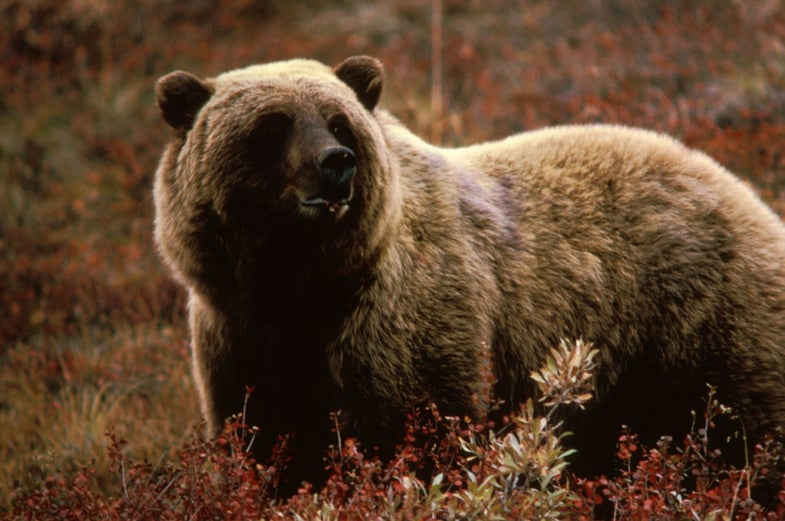 A plan from the U.S. government to remove any safeguards for grizzly bears in the greater Yellowstone area and pave the way for possible sport hunting of the species is receiving heat from 33 Native American tribes citing the animal’s spiritual and cultural significance.

According to a story from Reuters, while there were as few as 136 grizzly bears in and around Yellowstone National Park in 1975 when the species landed on the endangered species list, research shows the animal’s populations are thriving and there are likely more than 750 roaming the northern Rocky Mountains.

In fact, a federal-state-tribal panel tasked with overseeing grizzly-related efforts in Wyoming, Montana, and Idaho said it believes the animals no longer need the protections offered under the Endangered Species Act.

But recently, several native tribal nations have demanded talks with the U.S. Fish and Wildlife Service before the federal agency makes any proposals on the delisting of grizzlies. The move caught some organizations, like Idaho Department of Fish and Game conservation educator Gregg Losinksi, by surprise.

“If you can’t de-list the Yellowstone grizzly population, there is no other species in the world that can ever be de-listed,” Losinski told Reuters.

However, according to James Walks Along, the tribal historic preservation officer for the Northern Cheyenne Nation in Montana, the united opposition between tribes doesn’t have anything to do with successful recovery efforts, but the sacred importance of the bear to native beliefs.

“This holy mountain of our, Bear Butte, is named because of the mightiness of the grizzly,” he said, referring to the Northern Cheyenne’s reservation in southeastern Montana. “We have a lot of history with this great animal and many stories. Grizzlies are like humans. We respect them for being like us.”