The decision from a Nebraska school board to allow students to pose with rifles, shotguns, or archery equipment has been... 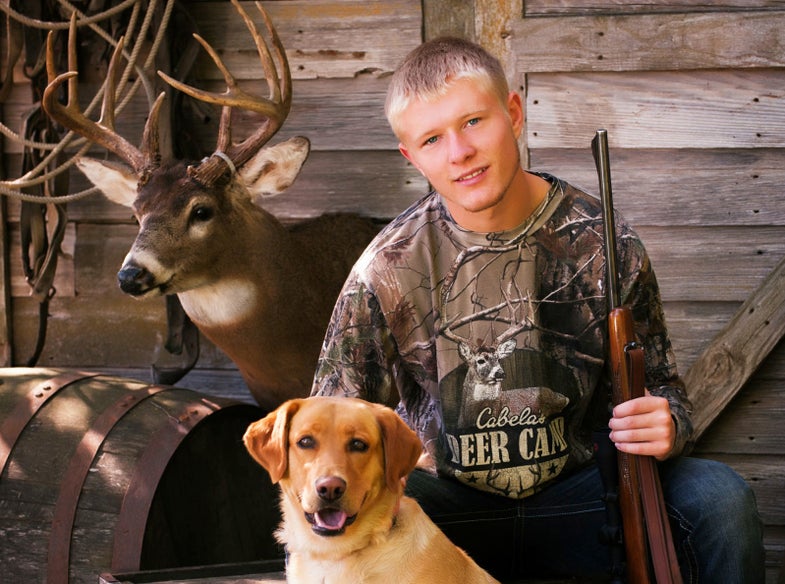 The decision from a Nebraska school board to allow students to pose with rifles, shotguns, or archery equipment has been met with mixed reactions from across the country this week. A poll asking if young people agree with the new rule has been posted with a story on MTV.com, which noted the decision came just days before a school shooting in Seattle reignited the debate about guns and schools.

Broken Bow, Neb., fits the description of small-town America—there are 3,500 residents and only one high school with between 60 and 70 students in the senior class each year. “We are a very rural community right in the center of Nebraska where hunting and other shooting sports are very popular,” Broken Bow High School superintendent Mark Sievering told ABC News.

Though the school never had a policy stating that students couldn’t pose for photos with firearms, the district generally didn’t allow it. But last year, when a yearbook advisor questioned the vague ruling, Sievering and the school board moved to clarify the policy and concluded that outdoor pursuits were important to most students. The six-person board unanimously voted to allow students to express their passions—including hunting and shooting—in their senior photos.

Still, Sievering said that after the news of the board’s decision broke, he started receiving calls from people across the country imagining a “fourth-grader coming to school and having their picture taken with a gun.” He conceded that it could be easy for people living in other parts of the country to “misconstrue” his policy. Under the new rule, students can continue to pose with guns for school photos, which are taken off campus, so long as their clothing adheres to the school’s dress code and the image is “tasteful and appropriate.” This means that students may not point the firearm at the camera or show game animals in “obvious distress.”