Last Thursday, a bipartisan bill to provide $1.3 billion toward wildlife conservation was introduced to Congress. The bill, H.R. 5650,... 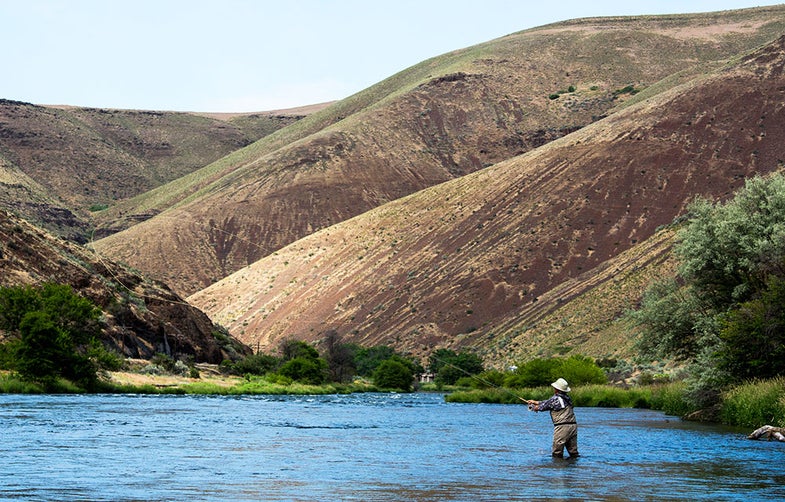 The money would be used to finance the Wildlife Conservation Restoration Program.. Flickr/Bureau of Land Management
SHARE

Last Thursday, a bipartisan bill to provide $1.3 billion toward wildlife conservation was introduced to Congress. The bill, H.R. 5650, was introduced to the House of Representatives as the Recovering America’s Wildlife Act by Rep. Debbie Dingell, a Democrat from Michigan, and Rep. Don Young, a Republican from Alaska. If passed, royalties from energy and mineral developments on federal land and water would finance the Wildlife Conservation Restoration Program, which would provide individual states with the money necessary to protect 12,000 wildlife species in need, as well as increase public-land access.

“While we’ve seen many great successes in management and conservation projects in the past, this legislation takes a unique approach to allow states to make responsible management decisions at home,” Rep. Young wrote in a press release.

Rep. Dingell said that the proposed bill would reflect the success of previous programs but would take a more dynamic approach to conservation. “The Recovering America’s Wildlife Act builds off the successes of previous efforts, including Pittman-Robertson, Dingell-Johnson, and the Land and Water Conservation Fund, by giving state fish and wildlife agencies additional resources they need to proactively manage at-risk wildlife species.”

According to the Milwaukee-Wisconsin Journal Sentinel, if passed, the bill would provide $1.3 billion in funding for the Wildlife Conservation Restoration Program each year. That money would then be given to states. Each year, for example, this could mean as much as $20 million in additional funds for Wisconsin alone.

The bill reflects the findings of the Blue Ribbon Panel on Sustaining America’s Diverse Fish and Wildlife Resources. The panel, co-chaired by Bass Pro Shops founder John Morris and former Wyoming Governor David Freudenthal, noted that only a small fraction of at-risk species was being protected by current conservation efforts. According to their recommendation, funding models based on the Pittman-Robertson Act would address a variety of urgent conservation issues.

John Tomke, a former president of Ducks Unlimited who also served on the Blue Ribbon Panel, praised the bill. “Ensuring resources are accessible for state-based conservation efforts is challenging,” Tomke told the Journal Sentinel. “That is why this bill is so important. It addresses state conservation needs while guaranteeing wildlife, habitats, and our natural resources are protected and preserved for generations to come.”

In Tennessee, the bill received similar praise from top wildlife officials. Tennessee Wildlife Resource Agency executive director Ed Carter said the bill—which would provide the state an estimated $22 million each year—would be welcomed by hunters and anglers nationwide. “This legislation does not create a new tax, but rather reallocates existing revenue generated from energy production on federal lands and waters,” Carter said. “With support from energy companies and a broad coalition of industry and non-governmental partners, we’re hopeful this legislation will be well-received by members of Congress.”

The proposed legislation is not guaranteed to pass, however. The Journal Sentinel reports that currently, the U.S. Treasury uses the royalties from energy developments to offset debt. Additionally, the same funds currently pay into the longstanding Land and Water Conservation fund, which may pose problems.