An angler from La Junta has obliterated Colorado’s flathead catfish record with a 40-inch, 27-pound prize. The fish easily beat... 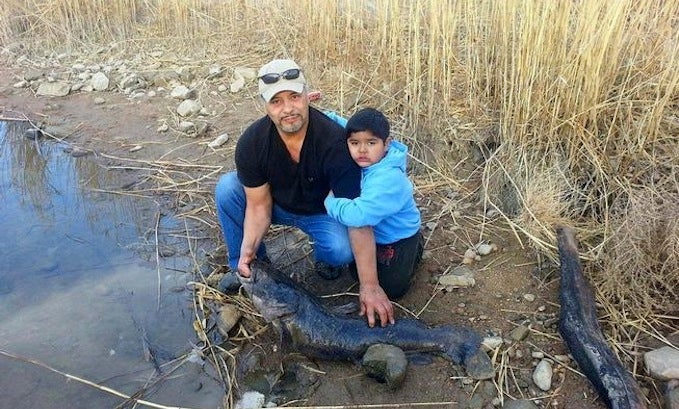 An angler from La Junta has obliterated Colorado’s flathead catfish record with a 40-inch, 27-pound prize. The fish easily beat out the standing 15-pound, 6-ounce record set in 2011, according to the Denver Post. Tony Chavez was fishing with his son in a basin near John Martin Reservoir, about 20 miles south of Lamar, using chicken liver as bait, when he hooked the fish.

Colorado Parks and Wildlife staff acquired flathead catfish, which grow to immense sizes, through special trades with Arkansas to stock the reservoir in 1994 and 2009. They think it is only a matter of time before an angler produces an even larger flathead.

“Fish weighing well over 50 pounds are common in the Midwestern states,” the agency said in a news release. “The angling world record for flathead catfish is more than 120 pounds. CPW aquatic staff have sampled several large flatheads at John Martin in recent years, so this record may be broken again in the near future.”

According to state rules, in order for a fish to be considered for a record, it cannot be frozen, gutted, or altered in any way before a state biologist or district wildlife manager has an opportunity to examine it. Fish must also be weighed on a state-certified scale and a witness must sign a weight receipt.