According to a new study led by the U.S. Geological Survey, amphibian populations worldwide have suffered significant declines, but researchers... 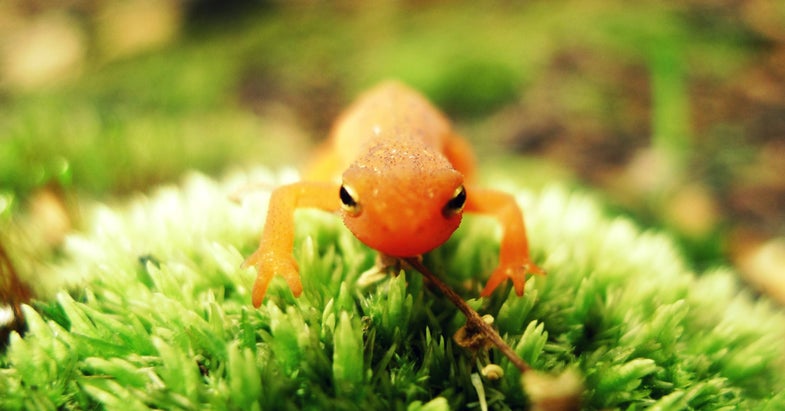 According to a new study led by the U.S. Geological Survey, amphibian populations worldwide have suffered significant declines, but researchers can trace no single cause for the drop. In a press release, Evan Grant, the USGS research wildlife biologist who led the study, said the research should change amphibian conservation. According to him, local action is needed to reduce population loss around the world, because global fixes have been “elusive.”

Evidence shows that the threats to amphibians differ from region to region. Human influence is a major concern, particularly in metropolitan areas and regions impacted by heavy agriculture and pesticide use, but shifting weather patterns and diseases, such a chytrid fungus, also play a key role in the drop-offs.

Chytrid is a noted concern for hunters and anglers, since wet gear can spread the fungus. According to the National Park Service, chytrid interferes with the ability of amphibians to breathe and ingest water through their skin. Affected frogs, for example, become lethargic, and their skin may appear bloodshot. Per the Daily Herald_,_ since 2014, researchers have tested amphibians for chytrid in Illinois to study the presence and impact of the disease there. Allison Sacerdote-Velat, the biologist at Lincoln Park Zoo who leads the research team, said that the disease has been prevalent in 30 to 32 percent of amphibians tested in the northern part of the state.

Though research dating back to the 1960s has documented the relationship between human influences and amphibian disease and population losses in the U.S., the USGS study is the first to show the correlation across the country, though the threats vary by locality.

This research suggests that the amphibian population decline has averaged 3.79 percent a year, though losses have been more severe in certain locations. According to Michael Adams, the lead for the USGS Amphibian Research and Monitory Initiative and a co-author of the study, that number could lead to the disappearance of amphibians in half of their habitats within 20 years. “Losing three of four percent of amphibian populations might not sound like a big deal, but small losses year in and year out quickly lead to dramatic and consequential declines,” Adams said.

The full study can be found here.