A recently discovered species of glass frog bears a striking resemblance to Kermit. The new species, found on Costa Rica’s... 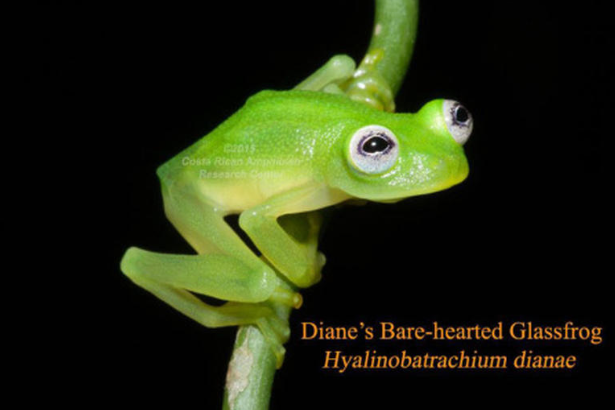 A recently discovered species of glass frog bears a striking resemblance to Kermit. The new species, found on Costa Rica’s Caribbean side, has bright green skin, as well as bulging eyes and horizontal pupils that immediately recall the popular Muppet. Unlike Kermit, it measures about an inch long and has translucent skin across its abdomen, a trait common among glass frogs, offering a clear view of its internal organs.

Brian Kubicki, director of the Costa Rican Amphibian Research Center, discovered the new species. He chose to name it Hyalinobatrachium dianae, after his mother Janet Diane Kubicki although he is well aware of the frog’s resemblance to Kermit, according to Cnet.com. “I think it is great that this species is getting so much attention around the world,” he says. “Hopefully this will help increase the awareness of the incredible amphibians found in Costa Rica and the need to continue studying them and conserve their vital habitats.”