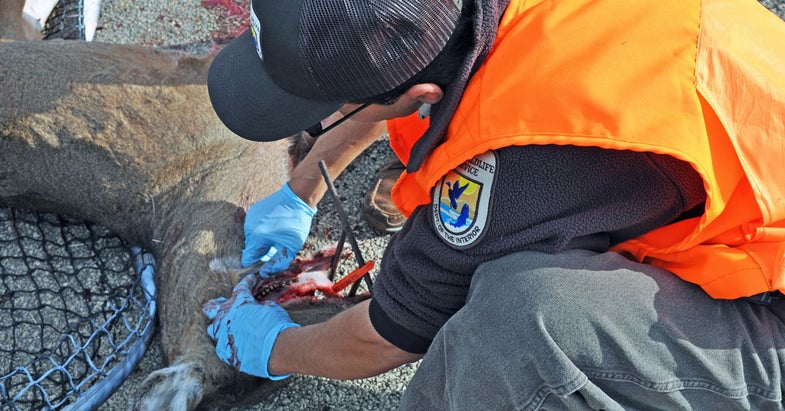 North Carolina legislators may expand deer farming opportunities in the state—and management of those farms might shift to make it happen.

A new bill, on its way to the governor’s office, transfers oversight of deer farms to the state’s Department of Agriculture and Consumer Services and away from the Wildlife Resources Commission (NCWRC), which currently regulates deer-farm operations in the state. As _The News & Observe_r reports, NCWRC heavily restricts deer farming to limit the spread of disease, specifically chronic wasting disease (CWD), among captive and wild deer. Deer farms have been linked to the spread and proliferation of CWD in the past, so, though North Carolina currently has no reports of CWD, NCWRC’s concerns are not unfounded.

According to WRAL, worries about the spread of CWD in 2002 prompted North Carolina to spend almost $250,000 buying out and putting a stop to most of the state’s deer farms. The handful of deer farm owners left is among the supporters of North Carolina’s new bill, which categorizes deer as livestock rather than wild game. Those in favor of the proposed policy say the change is needed to stop limitations placed on businesses. “We’re talking about property rights,” says Rep. Jimmy Dixon, a Duplin County Republican. “Deer farming is a legal activity, and we have certain people that want to put the deer farmers out of business.”

WRAL also points out that Tom Smith, one of the chief proponents of the bill, has made substantial donations to the local Republican Party, Republican leaders, the state’s Senate Agriculture Chairman, and the House Agriculture Budget Chairman, many of whom now support stripping oversight of deer farms from the NCWRC.

Those opposed to the change say the bill, if signed into law, would open the state to more deer farms, which could jeopardize both captive and wild deer populations. Likewise, many opponents of the bill argue that deer farming is unethical. “I don’t see any more sportsmanship in it than walking out grandma’s back door and shooting the milk cow,” says Rep. William Brisson, a Bladen County Democrat.

The Washington Times reports that North Carolina’s deer-farming legislation is part of a farm-regulation bill that also includes almost 40 other ag-related changes.