Last week, the state house of North Carolina retracted a longstanding ban on hunting with guns on Sundays and substituted... 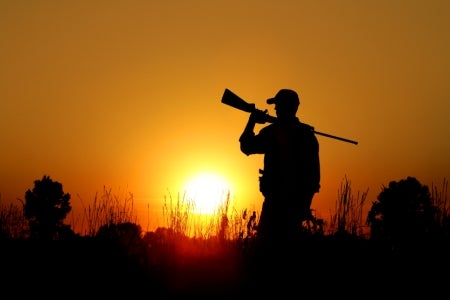 Last week, the state house of North Carolina retracted a longstanding ban on hunting with guns on Sundays and substituted it with language that allows exceptions, like hunting on private land with the owner’s written permission, and gives counties the ability to locally ban hunting on Sundays in a few years.

An article from the Citizen Times says the bill, which now goes to North Carolina’s senate, includes some caveats, like no hunting within 500 yards of a church or home, but it allows hunters themselves, not the state, to decide how to spend their Sundays. North Carolina is one of 11 states that restricts Sunday hunting, though the state’s Wildlife Resources Commission agreed to allow bow hunting on Sundays beginning in 2009.

While there are some sportsmen and legislators who have been pushing to allow Sunday hunting for some time, it’s been a tough sale given North Carolina’s religious heritage and the opinion that the last day of the week should be a day of rest, not hunting. Rep. Bob Steinburg said his constituents don’t want a change.

“This is the Bible Belt,” he said. “It represents an era of days gone by.”

But supporters of the change said lifting the ban will not only let hunters decide for themselves how to spend their time, it will help infuse money in local economies.

“We have many sporting events and festivals that we already condone. I don’t know why hunting is any different,” said Rep. Marvin Lucas.