CC image from Flickr Some small towns and villages like East Hampton, N.Y., are turning their backs on hunting to... 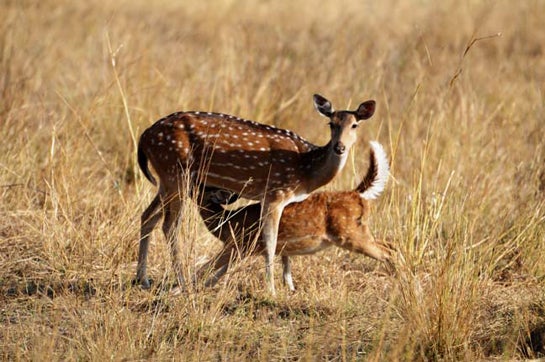 Some small towns and villages like East Hampton, N.Y., are turning their backs on hunting to cull burgeoning deer populations, and are looking toward a more sterile approach.

The East Hampton village board has funded a doe sterilization program to help reduce the deer population in its 5-square mile limits. The plan is to capture deer at night using tranquilizer darts, transport them to a veterinarian who will remove the does’ ovaries, rinse, and repeat.

East Hampton officials may hire White Buffalo Inc., a nonprofit, for the job, Newsday reports. The organization, headed by Tony DeNicola, has performed similar efforts at five sites across the country — including Fairfax, Va., a project that the Humane Society of the United States supported with a $3,000 donation. DeNicola said a team can sterilize about 15 to 20 does a night.

The village board will contribute $30,000 to the program, which will begin in January. But the Village Preservation Society of East Hampton, a civic organization that pushed the program, is looking for an additional $100,000 in donations. The sterilization is estimated to cost about $1,000 per deer.