Though an angler in one part of Australia is making news for fishing up an undetonated WWI German grenade, news... 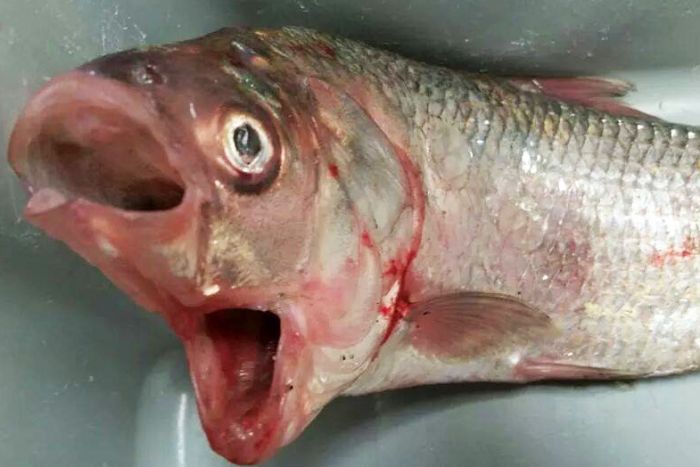 Though an angler in one part of Australia is making news for fishing up an undetonated WWI German grenade, news of another strange catch – a fish with two mouths – has people talking in another part of the country.

Garry Warrick told Australia’s ABC News that he caught the unusual fish, a bony bream, in a net in either South Australia’s Lake Bonny or one of the creeks adjoining it.

“Both mouths are actually joined together,” he said. “The top one opens and closes but the bottom one looks permanently open. Other than that, it looks like a normal fish.”

Warrick, a commercial fisherman for 30 years, said he catches about 100 tons of fish each year and has seen fish deformities, like misshapen heads, but this is the first time he’s seen one with two mouths. He recalled a local turtle breeder that bred a turtle with two heads that ultimately didn’t survive, but said the fish was alive when he spotted it in the net.

“I normally pack them for crazy bait and fertilizer but this one I put in the freezer,” he said. “I hadn’t really told anyone about it other than my wife and she said you might as well put the photos online.”