As Oregon suffers its worst drought in 25 years, officials are concerned about the impact of hunting seasons on wildlife.... 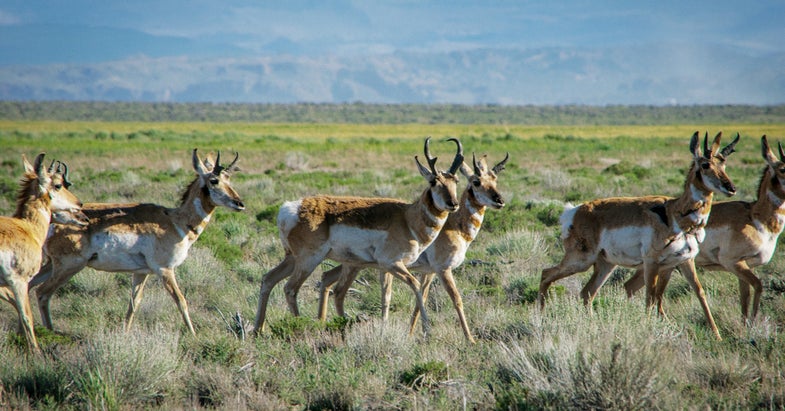 As Oregon suffers its worst drought in 25 years, officials are concerned about the impact of hunting seasons on wildlife. As Herald and News reports, biologists and Bureau of Land Management (BLM) officers caution hunters to ensure that they don’t disrupt animals’ opportunities to hydrate; with pronghorn season opening next month, hunters will soon be setting up blinds and camps on public land, potentially disrupting the animals’ patterns and forcing them away from water.

“Hunters are encouraged to camp out of sight and sound of important watering sources for animals so that they are not deprived of access to water,” BLM spokeswoman Lisa Bryant said. “The drought has eliminated many water holes and those that remain are farther apart. This can cause additional hardship for wildlife when they are already stressed by drought.”

Setting blinds near waterholes is a popular tactic among archery antelope hunters, and many set several, going in early to put up the blinds and giving animals a chance to get used to them. “It’s a restricted water year this year, and hunters need to be more considerate,” said Craig Foster, an Oregon Department of Fish and Wildlife biologist. “Don’t put up blinds too early, be mindful of where you place them, and leave the critters a way to get a drink.”