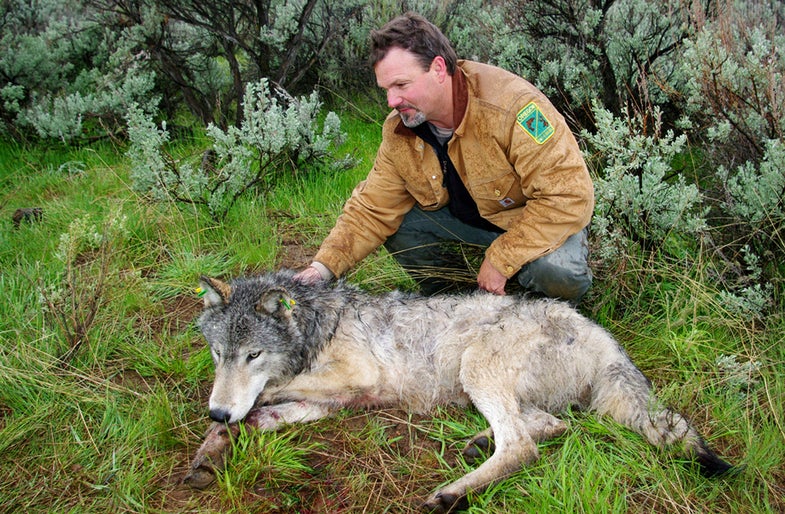 Wolves have made a successful recovery within the state of Oregon—so successful that the Oregon Fish and Wildlife Department (ODFW) recently proposed delisting the predators from the state’s endangered species list. The state’s fish and wildlife commission is expected to vote on this proposal during its November 9 meeting.

Delisting the wolves was originally discussed over the summer during a mandatory review of the state’s 10-year-old Oregon Wolf Plan, which was drafted in 2005 by a task force appointed by the ODFW. This review helped state biologists determine that the wolves were thriving, with plenty of available habitat. In fact, according to The Oregonian, the wolves actually inhabit only about 12 percent of their available range and only 6 percent of their historic range. ODFW believes that packs will expand into further areas of the state and that the overall wolf population will only continue to grow. Based on its wolf-management plan, Oregon measured its recovery effort on maintaining four breeding pairs over the past three consecutive years—an objective that was met in January—resulting in a steady increase in pack numbers across the state.

Taking the wolves off the endangered list would not permit the hunting of them, but it would loosen rules for ranchers who need to manage wolves attacking livestock herds, according to the Associated Press. Though wolf attacks on livestock have been low, supporters such as the Oregon Cattleman’s Association want the freedom to kill wolves as necessary to protect livestock. Some conservation groups believe that wolf numbers are still too low to justify removing the animals from the endangered species status.

Should the commission vote in favor of delisting the wolves from the state’s endangered list, wolves within the western part of the state will still be protected under the federal Endangered Species Act.

Yet for those involved with the recovery effort, delisting at a state level proves that their initiatives are working. “The Plan called for delisting consideration after wolves reached a minimum conservation threshold, and envisions wolves being delisted as Oregon moves into future phases of management,” says ODFW wolf coordinator Russ Morgan. “Delisting allows the Plan to continue to work into the future.”