Photograph via Outdoor Channel The Associated Press reports that Theresa Vail—a Miss America 2014 contestant and the host of Outdoor... 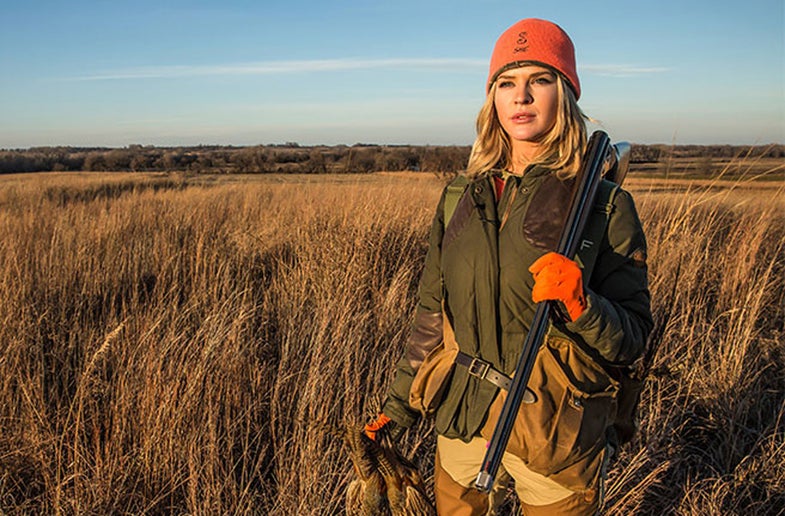 The Associated Press reports that Theresa Vail—a Miss America 2014 contestant and the host of Outdoor Channel’s “Limitless with Theresa Vail”—has been charged by Alaska wildlife officials with killing a grizzly bear without a tag and falsifying documents to cover up the incident. Likewise, master guide Michael Wade Renfro and assistant guide Joseph Andrew Miller have been charged with obtaining a tag after the bear’s death and knowingly providing wrong information to authorities to cover up Vail’s infraction. Investigators told the AP that during the hunt, Vail, who held a single bear tag, shot and killed a male grizzly—but, thinking it not dead, she fired again and instead shot and killed a grizzly sow. Renfro’s attorney, Myron Angstman, told the AP that it was an honest mistake. “It’s an unfortunate event,” Angstman said. “It was an accidental shooting of a second bear while a person was lawfully engaged in shooting a first bear. Those kinds of things happen once in a great while.”

The incident occurred in May during a taping for Vail’s program. According to KTUU, Alaska Trooper spokesman Beth Ipsen claims that there were multiple errors in judgement made during the hunt. “Vail first shot a boar (male grizzly), and in the haste to finish her kill, instead of finishing off the boar, she shot a nearby sow,” Ipsen wrote in an email. “Not only did Renfro and Miller not report the violation, as required by big-game guides, they conspired to cover up the illegal activity by obtaining a second brown/grizzly bear tag, and a blank big-game record that was then submitted with the wrong information following the hunt.”

A criminal complaint by prosecutors says that Miller instructed Vail to fire at the boar after they spotted the bears, but the follow-up shot that killed the sow appears to have been at Vail’s discretion. Prosecutors claim that, after both bears were determined to be dead, Miller contacted Renfro, and the guides decided to obtain a second bear tag. The report says that Renfro then delivered the second tag to Miller and Vail by dropping it from a small airplane as he flew over them. Miller then secured the tag to the sow grizzly. The next day, Vail allegedly signed and backdated the second tag.

The film crew reported the second bear and second tag to Alaska Troopers on June 3, and footage from the hunt was used in the investigation. Vail chronicled her hunt on social media. Two photos posted to her Twitter account on May 28 show her posed beside a brown bear with the following caption: “An experience of a lifetime. So much respect for this animal. Respect the game and respect the hunt.”

Arraignment for all three is scheduled for Dec. 16 in the Aniak District Court.

In response to the news, Field & Stream reached out to representatives with Outdoor Channel and Theresa Vail for comment.

“This May, during an Alaskan guided bear hunt,” said Vail, in a statement, “I unintentionally harvested a second bear while attempting a follow-up shot. I then followed poor advice and allowed the second bear to be improperly tagged. A few days later, the film crew and I reported the incident and have since fully cooperated with the proper authorities. I am deeply sorry for my mistakes.”

Further, an Outdoor Channel spokesperson said: “Outdoor Channel is committed to legal and ethical hunting. We have strict policies and procedures in place that require all of our talent and producers to abide by all hunting regulations. In June, Theresa Vail and the “Limitless” production team alerted the authorities of the situation. The hunt never aired on Outdoor Channel.”

We will update this post as additional information becomes available.