PA Locals Debate Whether Harvest of ‘Iconic’ Elk Was Fair

The recent legal harvest of “Limpy,” a bull elk that had become a local icon in Benezette, Pennsylvania, has kickstarted... 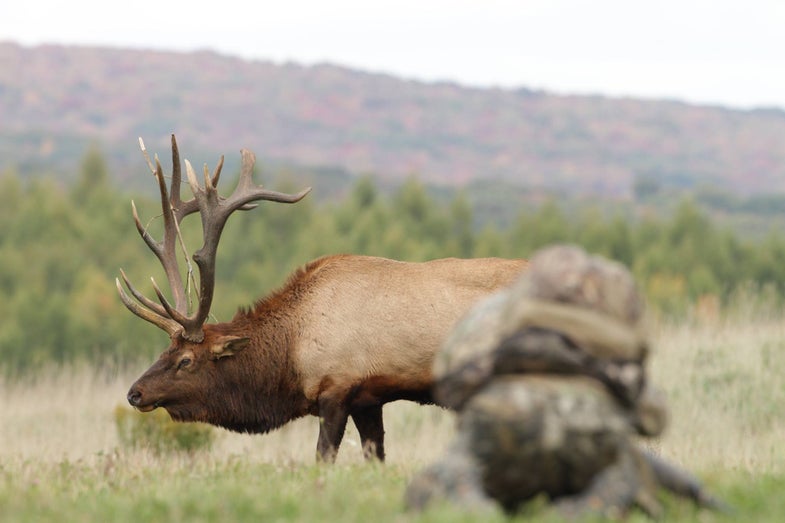 The recent legal harvest of “Limpy,” a bull elk that had become a local icon in Benezette, Pennsylvania, has kickstarted a debate over the significance of certain trophy elk in the area: Does an animal like Limpy have more value as a symbol of hunting opportunities and game management practices, or as an icon for local tourism, which caters to thousands of wildlife-watching visitors each year?

A story from the Olean Times Herald says the elk, named for his distinctive gait, was one of the most photographed bulls in the local herd, which the Pennsylvania Game Commission estimates will reach 1,000 animals this year. This past November, Limpy was harvested by a hunter who drew one of the state’s most coveted tags for the PGC’s annual week-long hunt. Since that time, residents and visitors have used social media to voice their disapproval and launched a Facebook page claiming that the hunt was unfair, because these elk are no longer alarmed by the presence of humans. They’re calling on the PGC to change how and where hunters can harvest elk from the herd.

Tony Ross, a PGC biologist, said the hunt ensures that elk do not become too accustomed to human presence, and the harvest of trophy bulls, like Limpy, helps reduce both elk-human encounters and traffic accidents in the long-term. “Animals should not be given human characteristics,” Ross said. “They create the idea that every elk is tame, but that’s untrue.”

Limpy is not the first Pennsylvania elk to cause such a stir. In 2011, the killing of an elk nicknamed “Freddy” spurred a similar public outcry, but no regulations have been created to protect specific members of the elk herd from harvest. Ross says harvest numbers are on par with recent years, so there’s no reason to change regulations. In fact, if the number of animals continues to grow, the state may allocate more hunting tags in the lottery. “It’s up to us to take care of them,” he said, adding that a population increase could endanger the habitat, other wildlife species, and the elk themselves, should food sources be unable to sustain the herd.