Photograph courtesy of BBRE/Flickr A fundraising event, in Harrisburg, Pa., earlier this month raised a record amount of money to... 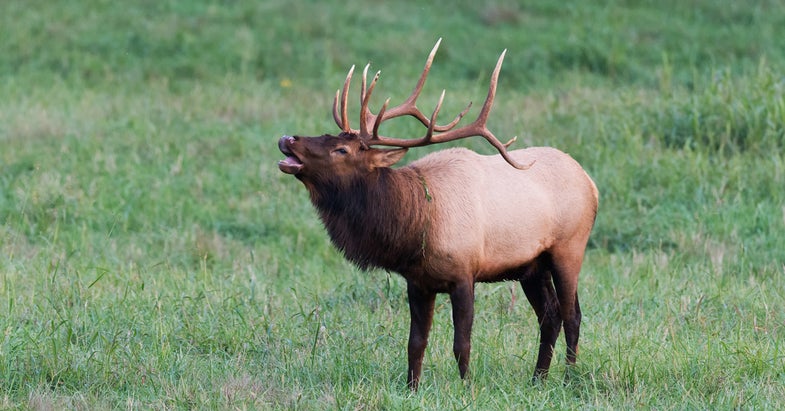 A fundraising event, in Harrisburg, Pa., earlier this month raised a record amount of money to benefit elk habitat in the central part of the state. As The Bradford Era reports, tens of thousands of people attended the Pennsylvania Great Outdoors Elk Expo, in mid-August. The highlights of the event were a random drawing for 116 elk licenses (the season begins November 2), and a raffle for a special elk-hunting package, which extended the season for the winning hunter, and included a free guided hunt, lodging for a week, complimentary taxidermy work, and a camera crew to film the outing. The proceeds from the raffle benefited the Keystone Elk Country Alliance (KECA).

The money raised by the license lottery generated $275,920, and the raffle for the single elk-hunting package raised $157,150. Another $52,500 was added to the pot from a license sold at a Rocky Mountain Elk Foundation (RMEF) banquet auction last January. That’s a grand total of $485, 570 that will directly benefit the state’s elk population.

R. Matthew Hough, the state Game Commission’s executive director, said the event and the amount of money donated illustrate just how much people care about Pennsylvania’ elk. “Hunters and nonhunters alike are fascinated with elk, and they want to do everything they can to ensure elk thrive in Pennsylvania,” he said. “Through their support and the support of conservation partners, like KECA and RMEF, much will be split among several habitat-enhancement projects to improve winter habitat for elk and other wildlife.”

Rawley Cogan, president and CEO of KECA, said 100 percent of the money from the raffle and lottery will help fund conservation education and habitat-improvement projects, including the completion of an outdoor classroom at the visitor center in Benezette. “The power of the working men and women was once again evident, and I applaud [their] dedicated support,” he said.