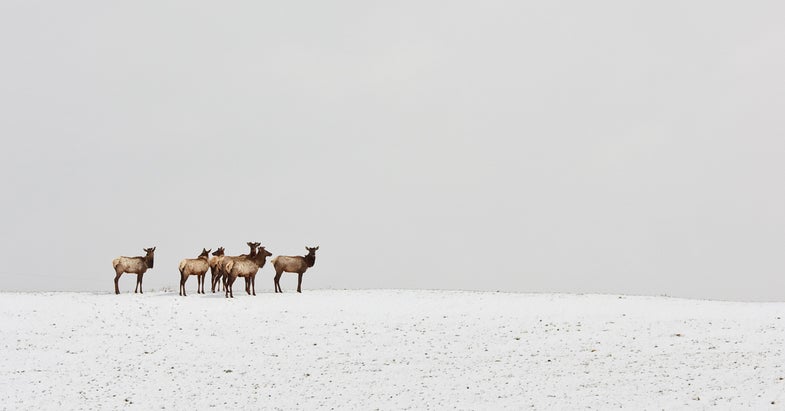 According to CBC News, the first carcass was found two and a half weeks ago, and a second was discovered just last week. The deaths have big implications for a herd that’s now in the single digits. “That’s really four animals out of a total of less than 10, so it’s set that back years,” conservation officer Peter Pauwels tells All Points West.

The CBC notes that the small herd likely splintered from the larger group about three years ago. “That’s a pretty short period of time, [but] they did have an established group there,” Pauwels continues. “They were breeding. They were an established group that was getting larger. With elk, it’s safety in numbers. The smaller the group, the more vulnerable they are, so this has really set them back.”

According to Pauwels, because elk are a high-value species on the island, wildlife officials and local First Nations members are taking the case very seriously. “They realize what’s taken place here,” he says. “There was an opportunity for this herd to grow, and to grow to a point where there could be a harvestable surplus of them if they’d been allowed to do their thing. Now that’s not going to happen, probably.”

If apprehended, the poachers face stiff penalties, including the forfeiture of gear, the suspension of hunting privileges, and a maximum fine of $25,000. Unfortunately, Pauwels says that without more information, the case may not be solved.