Since Pokemon Go‘s July release, players have chased digital creatures out in the real world, utilizing their smartphone’s GPS and... 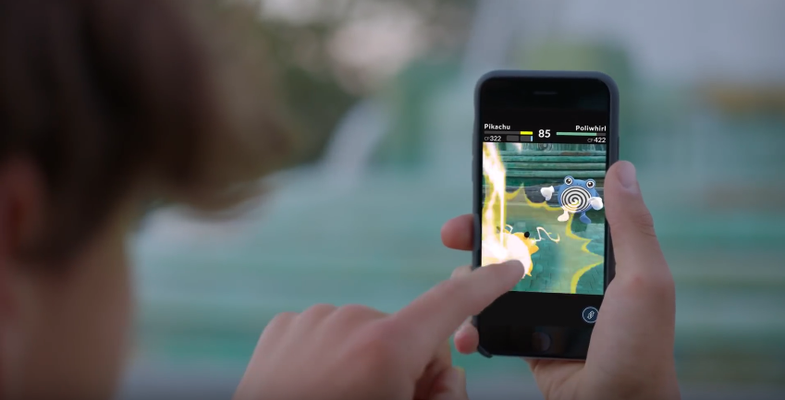 Since Pokemon Go‘s July release, players have chased digital creatures out in the real world, utilizing their smartphone’s GPS and camera to navigate and capture the monsters. Recently, however, many players have encountered actual animals as they pursue their virtual targets.

According to Atlas Obscura, players across the country have begun rescuing lost and injured wildlife while pursuing Pokemon. Last Monday evening, for example, a woman named Olivia Case was playing when she found a baby bat on the ground in front a laundromat where she’d heard a rare Pokemon was spawning. She called the Cornell Animal Hospital, which sent her to bat rehabilitation specialist Victoria Campbell. (For the record: it’s unwise to come in close contact with an injured bat. So, please, don’t.)

Campbell, who owns an Ithaca, N.Y., animal sanctuary, said she was surprised to learn how Case had found the bat. “They showed up at almost midnight with this baby bat,” Campbell told Atlas Obscura. “I was like, ‘Wow, where did you find it?’ and they were like, ‘We were out playing Pokemon Go.’” Campbell went on to say that she’s never seen a trend lead to so many animal rescues. “This is the pretty much the first time I’ve seen something like this,” said Campbell, who has been a wildlife rehabilitator for nine years.

This is far from an isolated incident. Atlas Obscura cites several other animal rescues across the country in the wake of Pokemon Go. A Rochester, N.Y., man found eight ducklings in a storm drain and enlisted a police officer to free them. Players in South Houston, Texas, found a cage of hamsters and baby mice abandoned in a parking lot. And in East Texas, two players discovered an injured puppy and helped get it to a veterinary clinic for treatment. The Washington Post has even noted the trend.

Interestingly, the Department of the Interior is trying to cash in on Pokemon Go’s popularity. Per fedscoop.com, the department has published a number of online guides to help players locate Pokemon in national parks and refuges. One such guide attempts to help players find animals that resemble Pokemon.

Gavin Shire, public affairs chief for FWS, said the game presents a unique opportunity to engage the public. “Getting people—particularly young people and those in urban areas—to go outside is a priority for the agency, so this presents an opportunity,” Shire said in a press release. “Our challenge is to get them engaged and to look up from their electronic device once they have made it to a refuge.”

Perhaps, once in the great outdoors, some Pokemon players will even feel inspired put down their iPhones in favor of a compound bow or fishing rod.