Earlier this month, Richmond, Calif., police recovered a stolen WWI-era fieldpiece that had been missing from the city’s Veteran’s Memorial... 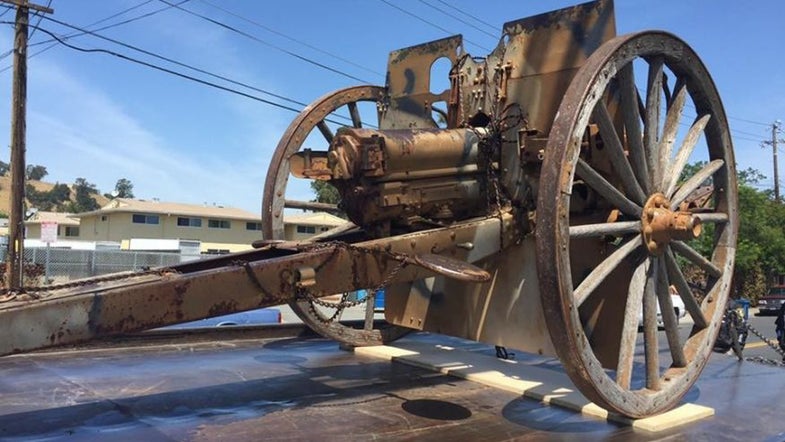 Earlier this month, Richmond, Calif., police recovered a stolen WWI-era fieldpiece that had been missing from the city’s Veteran’s Memorial Hall since May 1. According to Fox News, surveillance cameras recorded two men using bolt cutters to cut the chain securing the cannon and then driving away with it in the back of a pickup truck as people set up for Richmond’s Cinco De Mayo festival.

Richmond Police Lieutenant Felix Tan speculated that the thieves planned the robbery carefully, knowing a cannon in a truck wouldn’t attract undue attention during preparations for the festival. In addition, the city’s main road was closed to traffic so the thieves were able to escape quickly.

After the story aired on the TV news, a man in the nearby town of Martinez called police to report that he had purchased the cannon for $1,200 and hadn’t realized it was stolen. The search for the culprits continues, but police have returned the cannon to the Veteran’s Hall, where it has been on display since 1947. The cannon’s value for scrap is estimated at $1,500. “It’s priceless in my book,” Lt. Tan told Fox News.