Last week, the Arizona Republic reported that a Navajo Council member has introduced legislation to approve the Grand Canyon Escalade... 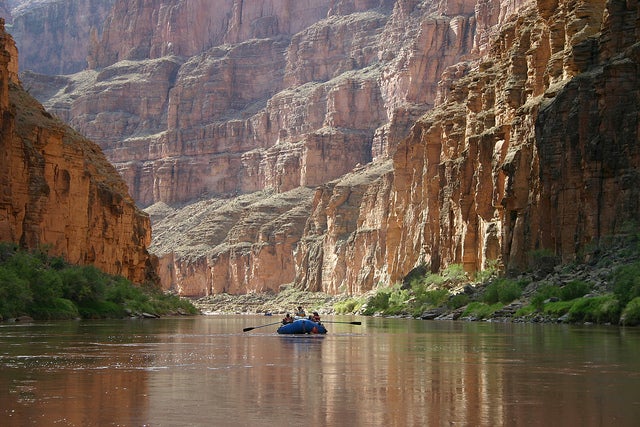 Last week, the Arizona Republic reported that a Navajo Council member has introduced legislation to approve the Grand Canyon Escalade Project, a proposed aerial tram that would carry around 10,000 people a day from the canyon rim to the confluence of the Colorado and Little Colorado rivers. It would lie just outside the boundaries of Grand Canyon National Park, at the east rim of the canyon. In the late 1960s, a land dispute occurred at this part of the reservation (a conflict with the Hopi tribe), causing federal officials to place a moratorium on development for 40 years. The new plans for the area include the building of hotels, infrastructure, a riverside boardwalk, a cultural center, and places for commerce, as Las Vegas Review-Journal reports

The proposal has stirred controversy since its inception five years ago. Scottsdale-based developer Confluence Partners pitched the idea as a means of creating jobs for a particularly depressed part of the Navajo Nation, but the project has faced fierce opposition from the National Park Service, environmental groups, and a Navajo group called Save the Confluence. Last week, _Angling Trade‘_s Tim Romano (who is also a Field & Stream regular) published a call to action on the publication’s site, which read, “As you can imagine, this would be devastating to the Grand Canyon, its river runners, its ecology, its diversity, its simplicity, its complexity, its remoteness, its beauty.”

Lamar Whitmer of Confluence Partners told _The Arizona Republic,_ however, __that he “can’t think of a more deserving spot in the country than these folks, who get overlooked all the time by government officials and politicians,” and that the tram, in particular, would give people who can’t hike, ride a mule, or boat in the canyon a “below-the-rim experience” without affecting the greater Grand Canyon area.

Sinjin Eberle of American Rivers said that the project is simply industrial tourism that threatens the ecosystem and the Colorado River: “What’s wrong with sitting on the edge of the canyon––which literally anyone can do––and enjoying the splendor of a place in a quiet, contemplative manner?…Is that how we want to treat our national parks? Do we want to turn them into amusement parks?” Eberle did, however, state, “We certainly acknowledge the need for sustainable economic development on the west side of the Navajo Nation,” but add, “any development project should be Navajo-driven and not come from outside developers forcing a project upon them.”

The public comment period concerning the proposal ended on Sept. 3rd, and the summary and text of the Navajo Nation’s bill can be read here.