A Bangkok man named Attaporn Boonmakchuay is in the hospital after a python bit his penis while he was using... 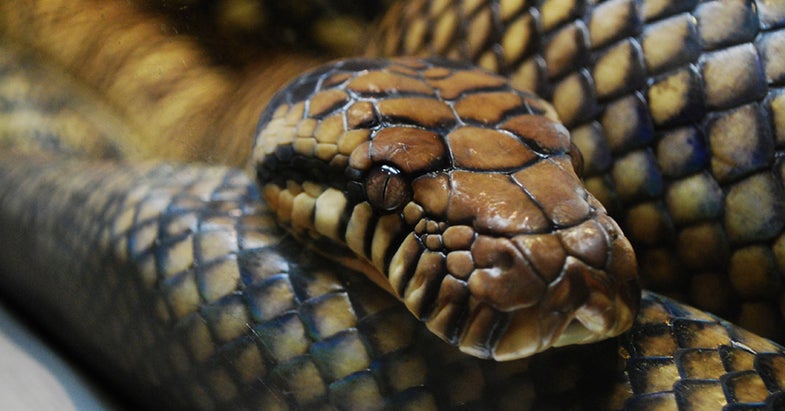 A Bangkok man named Attaporn Boonmakchuay is in the hospital after a python bit his penis while he was using the restroom.

The incident occurred in Boonmakchuay’s home, where the 10-foot snake had wound its way through the plumbing and into the toilet bowl. It took Boonmakchuay, with the help of his wife and a neighbor, 30 minutes to unlatch the unwelcome reptile. “While I was holding it, it began to lose some strength,” Boonmakchuay tells the Associated Press. “I used my hand to pry open its mouth. The snake, then, released its grip by itself.”

Photos of the scene show the snake still stuck in the toilet, though it was later released back into the wild.

Boonmakchuay genitals remain intact, and he is expected to make a full recovery.