Photos via MLive.Com/Youtube.com A piebald fawn born at a tourist attraction, called Deer Tracks Junction, has become a big draw... 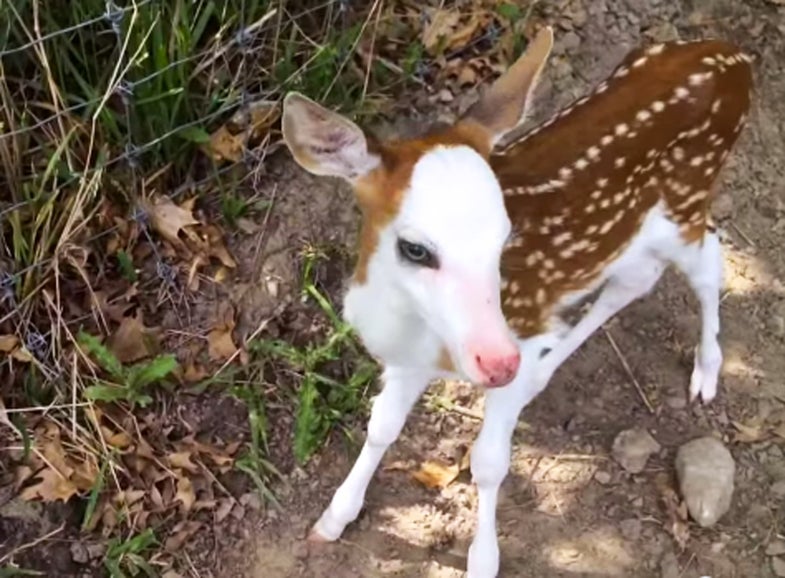 A piebald fawn born at a tourist attraction, called Deer Tracks Junction, has become a big draw for visitors to this Grand Rapids, Michigan, farm. Less than one percent of deer are piebalds, which have mixed white-and-dark fur coloration.

One of two twins, the fawn was rejected by its mother after it was born this spring. In fact, the piebald actually had to be rescued from her as she tried to stomp it. According to Kelly Powell, the farm’s owner, such behavior isn’t unusual among wild deer, which will reject piebalds because predators can easily spot them.

Fortunately for the fawn, it will live in a pen, not the wild, and it’ll be fed from a bottle. Eventually, it will join the other deer at Deer Tracks Junction—though I imagine it might have a hard time fitting in.